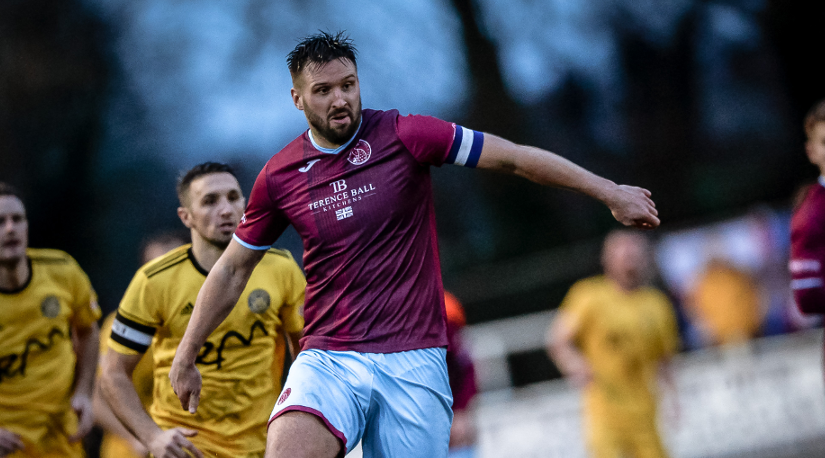 The Club is delighted to confirm Matt Wright has extended his deal at the Viridor Stadium until the end of the 2019/20 season.

The striker signed for Taunton over the summer of 2016 from National League South side Truro City and captained the side to the Southern League West Division title in 2018. He continued the captaincy last term, netting 14 times which contributed to the Peacocks finishing 1 point off their second successive league title behind Weymouth in the Southern League Premier Division.

Town’s skipper told tauntontown.com, “I’m very happy to extend my stay for another season. Naturally, we’re all disappointed to come up short in the play-offs this year but nonetheless what a great year it has been for the club. Hopefully, we’ll improve on this next season in what will no doubt be another rollercoaster.”

After securing another key member of Town’s squad for another year Rob Dray said, “Of course, I’m really pleased that Wrizz is staying with us. He’s been a huge part of the last 3 years at this club and the success it has had on and off the pitch. To secure him yet again gives us more stability.”