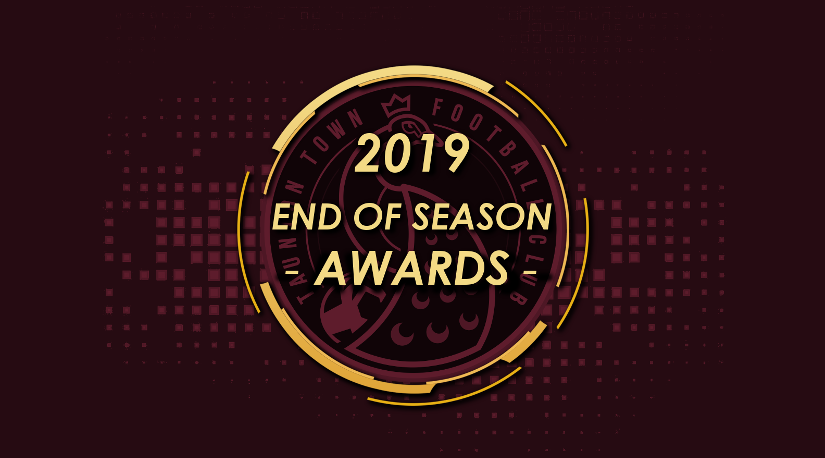 It proved a highly successful evening for Peacocks’ striker Andrew ‘Rocky’ Neal when the club held their Presentation Dinner at Somerset County Cricket Club last Thursday (30th May). The livewire frontman who only signed for Town last summer walked off with five awards including the Supporters’ Player and coveted Player’s Player of the Year, beating off competition from Ryan Brett and Lloyd Irish who filled the next two positions in both categories. Neal also won the Top Goalscorer accolade after netting a superb 36 goals last term including two hat tricks plus the Somerset County Gazette Press Writers’ Player of the Season.

It wasn’t a clean sweep though for Neal. Brett won the Champagne Performer for the second successive campaign, given for the most Man of the Match and Player of the Month awards during the season, whilst Lewis Hall won Goal of the Season for his superlative strike at home to Salisbury, just pipping Ed Palmer’s gigantic free kick from inside his own half against Harrow. Irish was recognized for making 300 appearances for the Peacocks and Shane White picked up the Ernie Price Memorial Cup, a trophy awarded for factors such as consistency, commitment and willingness to go the extra mile. No-one left empty handed though as Chairman Kevin Sturmey presented all the playing squad and management with their Runners-Up medals after a terrific first season at Southern Premier level.

On the club front, Clubman of the Year went to Dan Franklin for his efforts during the season including managing the kit and bar. The Chairman’s Award for the new Gordon Nelson Memorial Trophy deservedly went to club stalwarts Harold and Marina Needs who have been involved with the Peacocks for decades whilst Supporter of the Year was won by Peter Taylor, winner of the newly named Mike Byrne Memorial Trophy.

The club wish to thank all those attended a very enjoyable evening and extend grateful thanks to Somerset County Cricket Club as always for being excellent hosts.

Tom Harris Trophy for Clubman of the Year – Dan Franklin