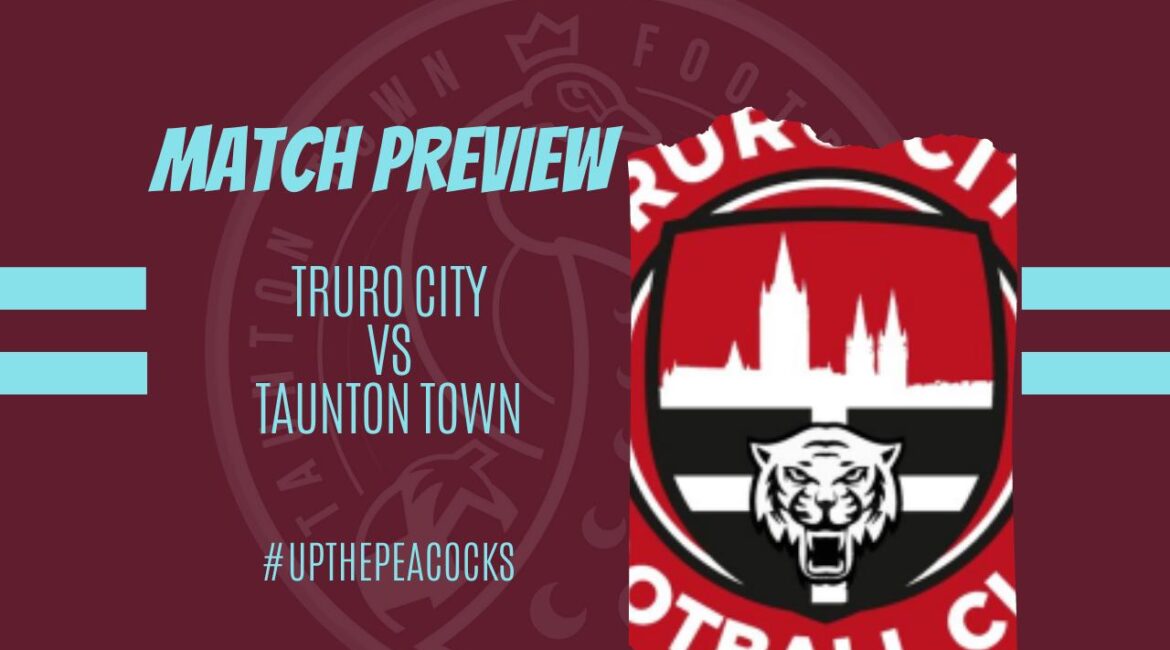 After gaining four points from their first two Pitching In Southern League games, the Peacocks’ promising start to the season will be fully put to the test when they travel to Truro City tomorrow evening (28th September), kick-off 7.45pm.

A draw at Hayes & Yeading on the opening day and victory over Walton Casuals on Saturday has put Town in 7th spot in the early League table while Truro, who were looking highly fancied for promotion last season before the action was curtailed, have gleaned maximum points from their first two matches, a 1-0 home win over Harrow Borough backed up by a 4-0 success at Hendon at the weekend. Similarly to the Peacocks, the White Tigers have also progressed to the 2nd Round Qualifying of the FA Cup so both sides will be defending unbeaten starts at Treyew Road tomorrow evening.

The Peacocks had the better of last season’s league encounters, winning 2-0 at the Cygnet Health Care Stadium before collecting a point following a 1-1 draw in Cornwall. The scorer of Town’s goal that day was Shane White and he of course rejoined Truro in the close season along with Ryan Brett and Andrew Neal, and with Ed Palmer also playing for the Cornish club there will be an air of familiarity about the opposition. With the newly formed Town squad continuing to gel nicely the scene is set for an enticing albeit challenging contest

Head of Football Rob Dray will take another unchanged squad westward tomorrow with no injury concerns. He commented:” We’ve got probably the hardest game of the season on a Tuesday night against one of the favourites. These are the games to be involved in, it’s going to be a tough task, but we are in a good place at the moment and the lads are gelling by the game. We won’t leave anything out there, that’s one thing guaranteed.”