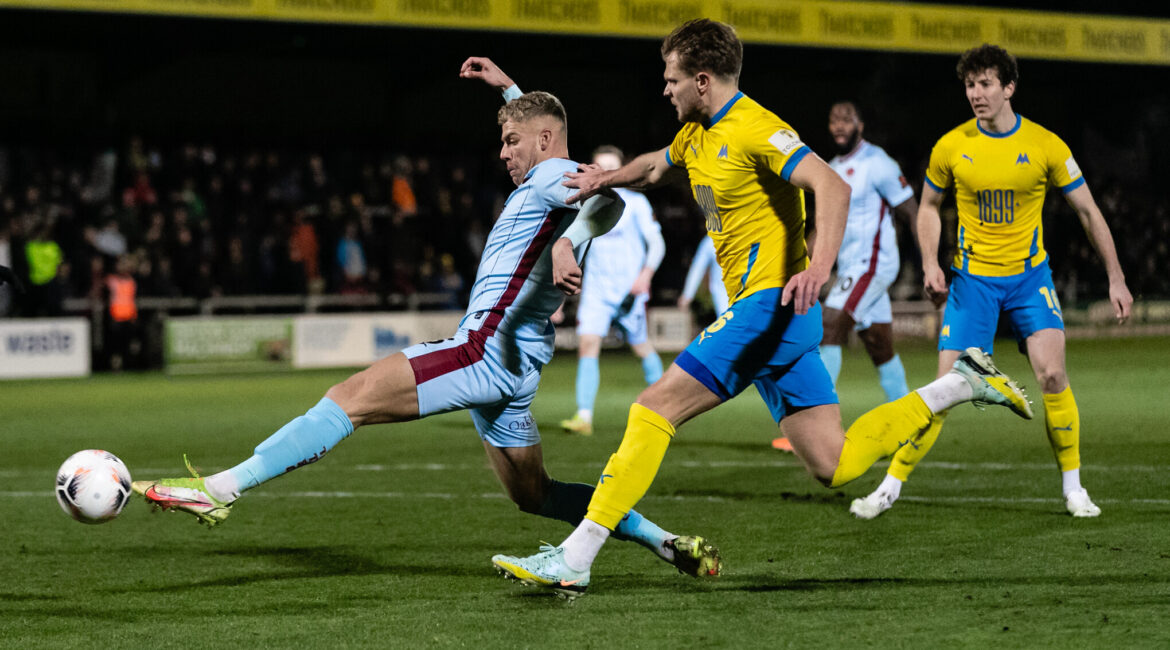 The Peacocks exited the Isuzu FA Trophy after they lost 4-2 at National League Torquay United this evening.

It didn’t look good for the visitors after they found themselves 2-0 down midway through the first half, Dillon De Silva firing the Gulls ahead on the quarter hour and Ali Omar glancing home a header six minutes later. However the Peacocks did brilliantly to battle back. Nick McCootie received Ross Stearn’s pass to slot past Mark Halstead on 27 minutes before Jake Wannell equalised after 39 minutes when he latched onto a ball inside the box to fire home. Town were up against it from the 43rd minute when Wannell received a very harsh straight red card for a challenge on Kieron Evans but held out until the 65th minute when Aaron Jarvis headed in Ben Wyatt’s cross before Jarvis netted his second from the penalty spot six minutes later following an award for handball.