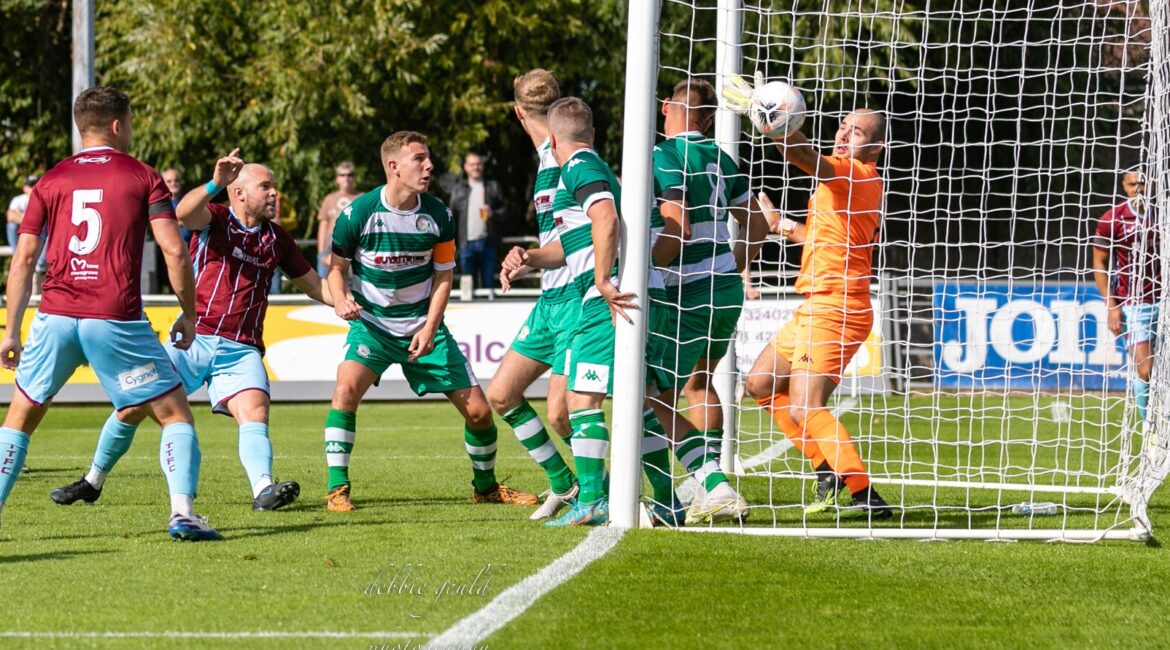 A Ross Stearn goal after five minutes was sufficient to steer the Peacocks to a 1-0 win over Laverstock & Ford in the 2nd Round Qualifying of the Emirates FA Cup yesterday afternoon.

It was an unconvincing performance though from Town against their lower ranked visitors. Stearn netted following an early corner, but the hosts failed to capitalise on their chances to make the tie safe. Jay Foulston hit the post with a strike three minutes from time before a handball from the same player gave Laverstock the opportunity in stoppage time to at least gain a replay. However Jack Bycroft saved the penalty from Lewis Wakeford as the Peacocks stumbled into the next round.