Town Lose Out At Farnborough 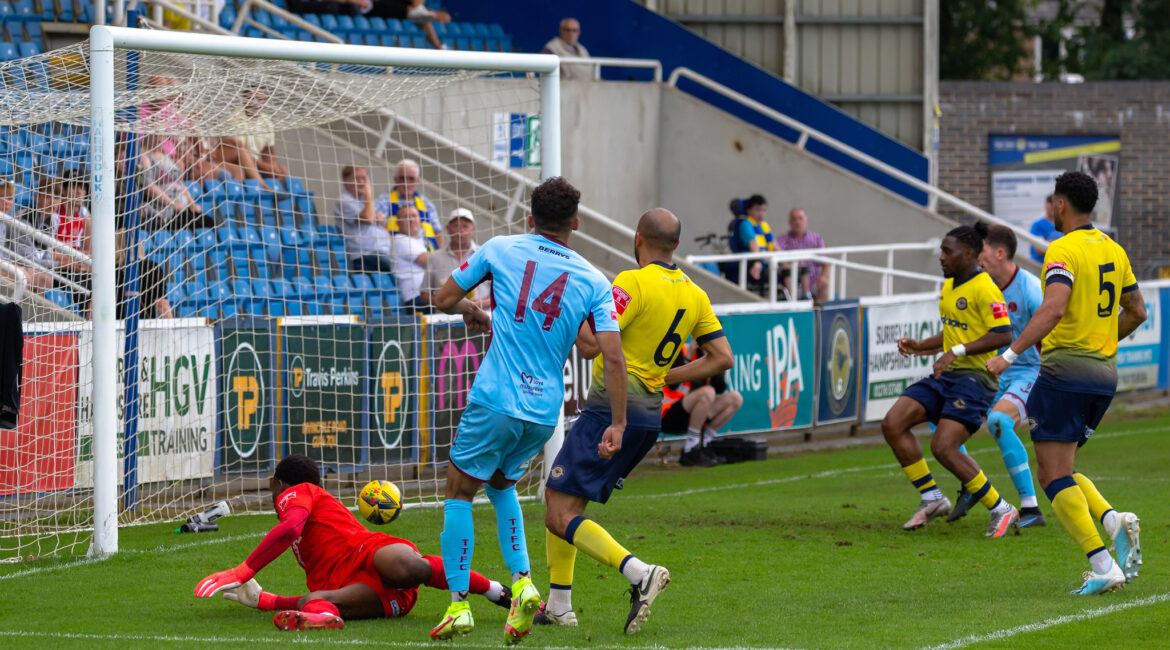 The Peacocks went down to a 3-2 defeat at Farnborough in the Pitching In Southern League yesterday afternoon (11th September).

The hosts gained an early lead after 8 minutes when Reggie Young directed home a cross from John Oyenuga before doubling their advantage three minutes before half time, Louie Paget scoring a penalty after a Lee Lucas challenge on Paul Hodges. Dan Sullivan reduced the deficit on 57 minutes with a superb curling shot over Dante Baptiste from 15 yards, but Farnborough responded by adding their third when Paul Hodges fired home from the edge of the box after 76 minutes. Gethyn Hill gave Town hope three minutes later when he received Zac Smith’s through ball to net from a narrow angle, but it wasn’t enough, and the Peacocks now have to regroup for Tuesday’s visit to Poole Town.