Town Cruise Through in FA Cup 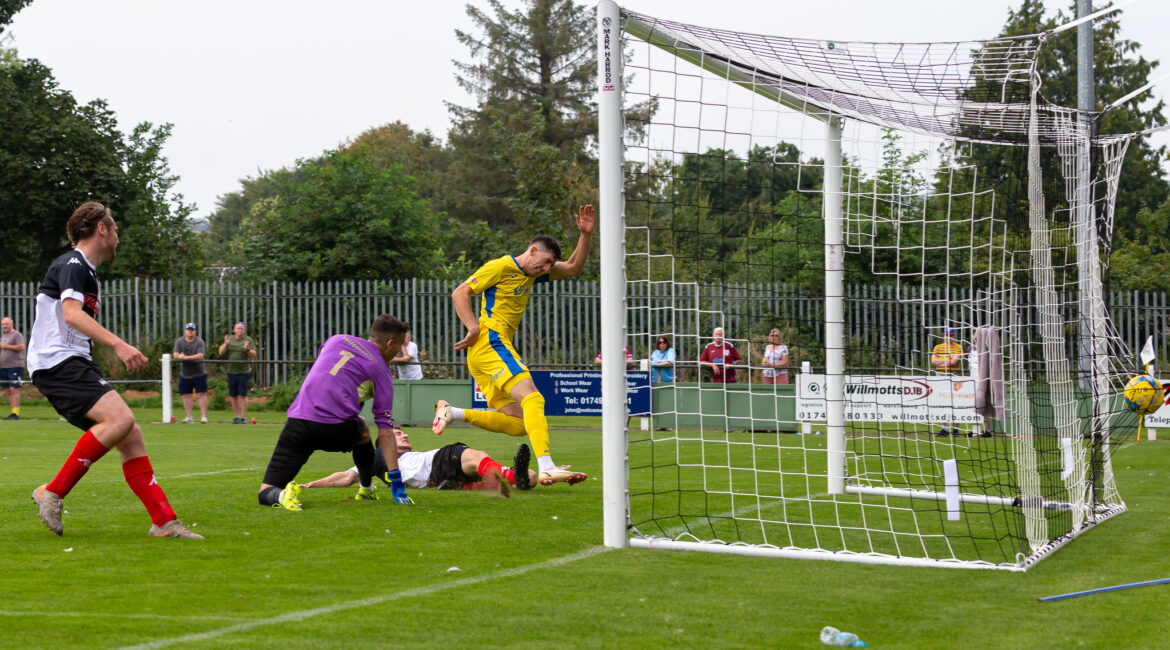 Toby Holmes regained his scoring touch with a hat trick as the Peacocks routed Shepton Mallet 8-1 in the Emirates FA Cup this afternoon (4th September).

Town broke the deadlock on 29 minutes when Gethyn Hill headed home a cross from Zac Smith and a minute later it was 2-0 after Hill’s ball into the box was steered in by Holmes from close range. A penalty six minutes before half time gave the visitors a comfortable advantage at the interval, Hill scoring after he had been impeded. A destructive burst of four goals in nine minutes then sealed Town’s passage. Ollie Chamberlain netted with a fine finish on 53 minutes before Holmes completed his hat trick as he converted Chamberlain’s cross three minutes later and then drilled home a penalty after he had been fouled on the hour. Dan McBeam fired home to make it seven two minutes later but Mallet kept going and were rewarded with a fine goal from Aaron Seviour with 12 minutes remaining. The Peacocks had the last say though, Jared Lewington getting on the end of McBeam’s cross to fire past Tom Easterbrook seven minutes from time. Town now look forward to the draw for the 2nd Round Qualifying on Monday.