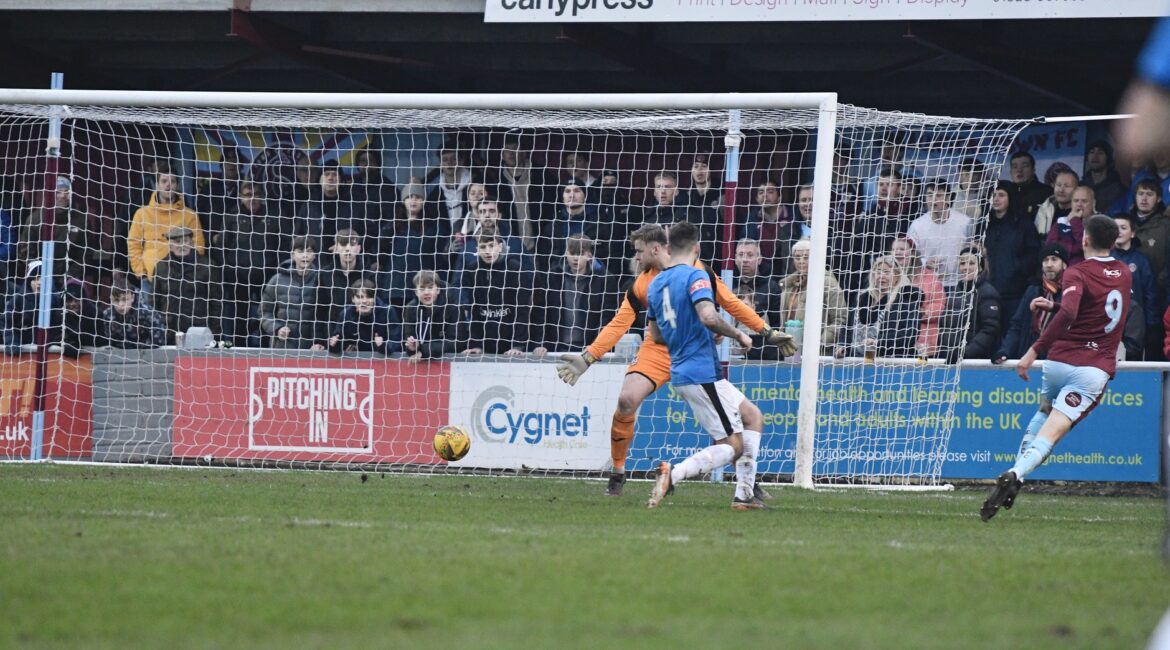 The Peacocks secured their third Southern League double of the season with a 3-1 victory over Wimborne Town at the Cygnet Health Care Stadium this afternoon.

It was a workmanlike performance from the home side who took the lead on 13 minutes when Ollie Chamberlain ran in to head home Jay Foulston’s corner at the near post. The Peacocks doubled their advantage on the half hour with a fine individual goal from Gethyn Hill who sliced through the Wimborne defence before firing past Gerard Benfield. Ross Stearn was unlucky not to add a third in the early part of the second half when he was denied by the post, but a third goal soon arrived after 56 minutes when Toby Holmes slotted past Benfield via a deflection off Callum Chugg. The Magpies reduced the arrears one minute later when Harry Morgan burst into the box to fire past Will Buse but that was as good as it got for Wimborne as the Peacocks climbed up to 4th place in the table following their 10th successive game unbeaten.