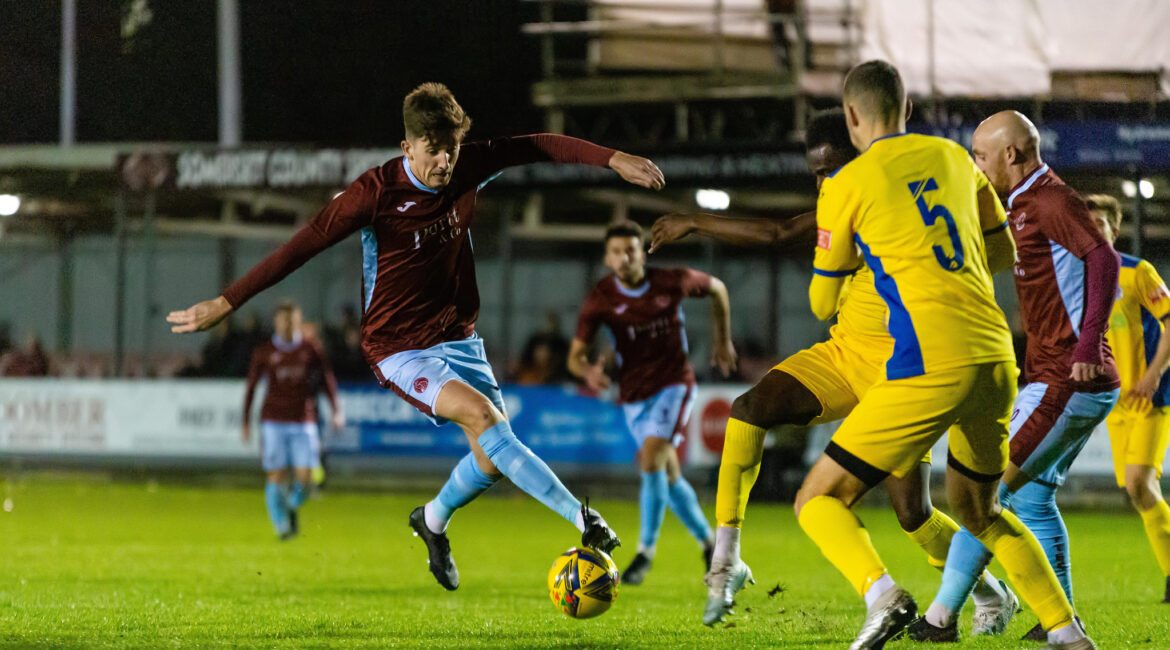 An early second half goal from Ollie Chamberlain proved the winner as the Peacocks fought back to beat Dorchester Town 2-1 in the Pitching In Southern League this evening (27th October).

It was a welcome win for Town after two successive defeats but proved a struggle against the Dorset side who grabbed the lead after 20 minutes when Tom Bath squared to the unmarked Olaf Koszela who fired past Lloyd Irish from the edge of the box. The Peacocks drew level on 40 minutes, Dan Sullivan’s long pass being latched onto by Toby Holmes who powered forward and calmly slotted home past Magpies keeper Will Buse.

Town then scored the crucial goal two minutes after the break when Chamberlain gained the ball on the edge of the box and fired in a left-foot volley off the post. Both keepers made some fine saves to prevent any further score while Koszela hit the post with a late effort after Irish had saved from Harry Burns. The Peacocks saw out five minutes of stoppage time to claim the win which lifts them up to 8th spot in the table.