Peacocks Back To Winning Ways 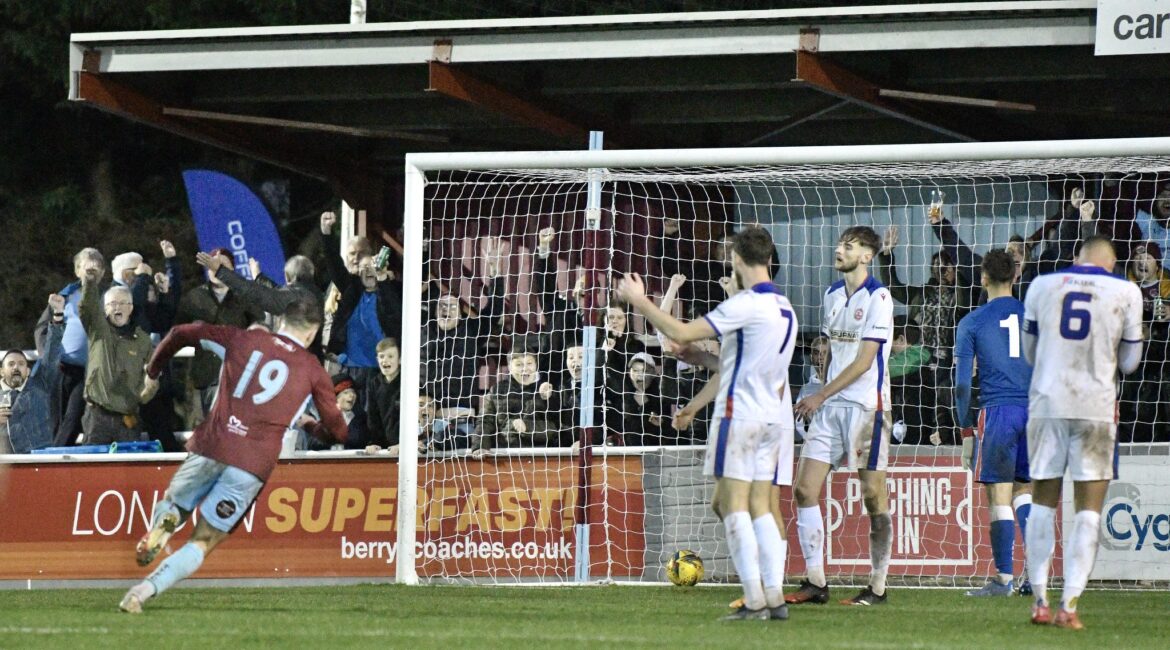 The Peacocks gained their first Southern League win in four games when they beat Gosport Borough 2-1 at the Cygnet Health Care Stadium this afternoon. Town came closest to scoring in a goalless first half when Ioan Richards’ header hit the crossbar before finally making the breakthrough four minutes after the break when Jack Veale’s cross was diverted into his own net by Matt Briggs. Gethyn Hill was a whisker away from doubling his team’s lead, his sublime chip being tipped onto the post by Borough keeper Bert White before Gosport equalised on 77 minutes when Matt Paterson headed in Mason Walsh’s corner. The Peacocks hit back within a minute when Jared Lewington drilled home the winner after being set up by Ross Stearn. Borough then had Bedsente Gomis sent off for two yellow cards ten minutes from time as Town held on for a deserved victory which lifts them up to 8th in the table.