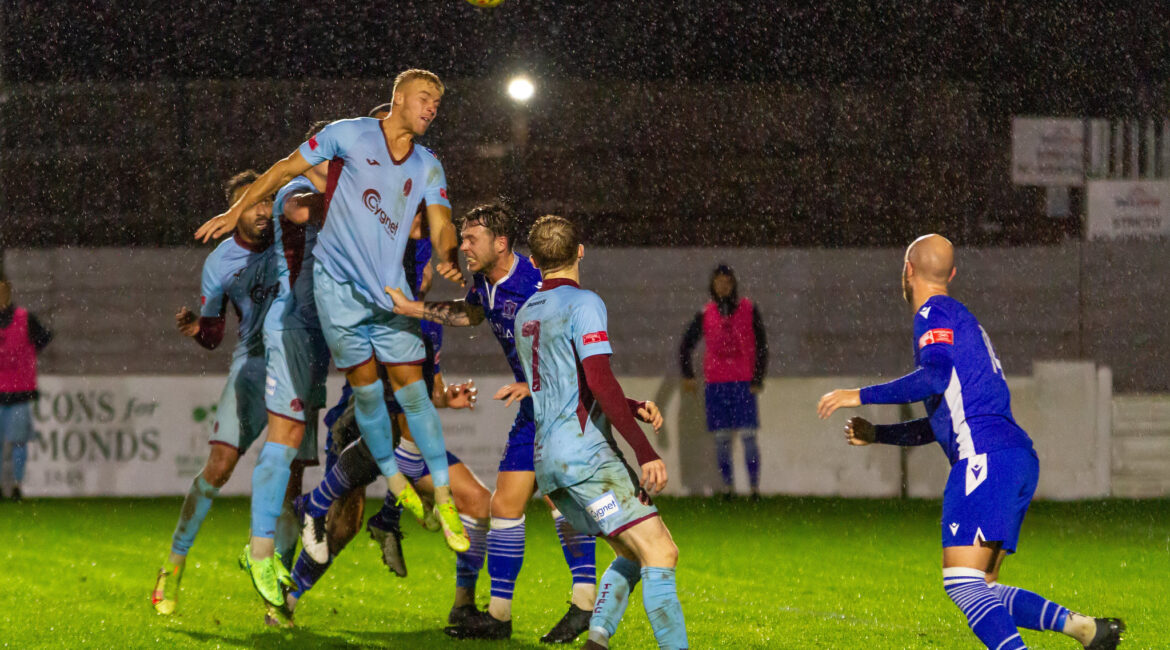 The Peacocks made it six Southern League games unbeaten as they secured a 1-0 victory at Swindon Supermarine this evening (19th October).

There were no goals during the first half in a match played in awful conditions before the winner came after 53 minutes, Gethyn Hill laying the ball across goal for Toby Holmes to slot into the corner of the net. Town nearly added a second close to the end when Jack Veale’s strike took a deflection but was kept out by Martin Horsell’s one handed save onto the crossbar. The win sees the Peacocks climb up to 4th spot in the table as they now prepare for another long trek to Hendon on Saturday.