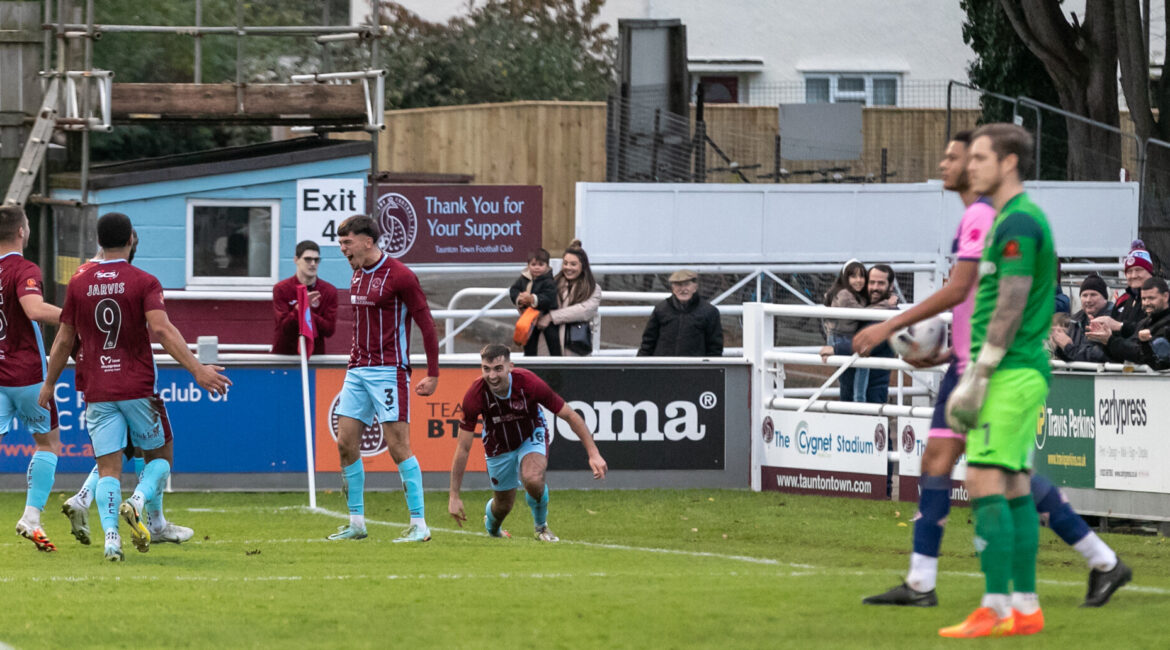 The Peacocks came back from a goal down to defeat Dulwich Hamlet 2-1 in the 2nd Round Proper of the Isuzu FA Trophy at the Cygnet Health Care Stadium this afternoon.

In a niggly and often scrappy tie, the visitors took the lead on the half hour when Joe Felix drove the ball into the box and Danny Mills swept home beyond Jack Bycroft. Town responded with two quickfire goals straight after the break. Nat Jarvis received Nick McCootie’s lay-off to neatly curl his finish into the far corner on 50 minutes before Jay Foulston’s volley from the edge of the box found the net two minutes later. Hamlet were unable to find an equaliser as Town progressed to the next round in four weeks’ time.