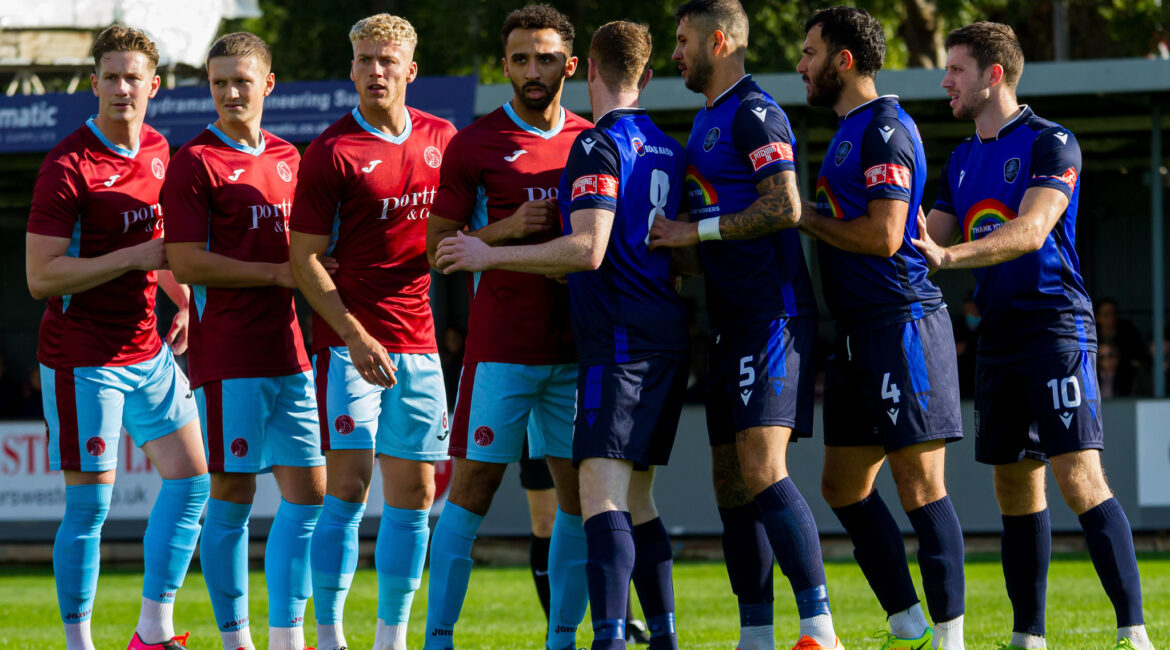 The Peacocks surrendered their unbeaten record this season after losing 2-1 to the Metropolitan Police in the Pitching In Southern League this afternoon (17th October).

It was a disappointing day at the office for Town who can have no real complaints following a mediocre performance. They started off well enough, Dan Sullivan coming close early on but the visitors grew into the game and grabbed the lead on 24 minutes. Town failed to clear their lines properly from an Oliver Knight corner and when the ball found its way back into the box Aldershot loanee Ben Shroll reacted to slot home.

The Police doubled their advantage on the hour when Max Blackmore turned onto a cross from the right to fire past Lloyd Irish from 12 yards. A late goal a minute from time gave the Peacocks a glimmer of hope when Toby Holmes was brought down by Alex Fisher and Owen Howe steered home the penalty, but it was too little, too late against a side who deserved the win on the day.