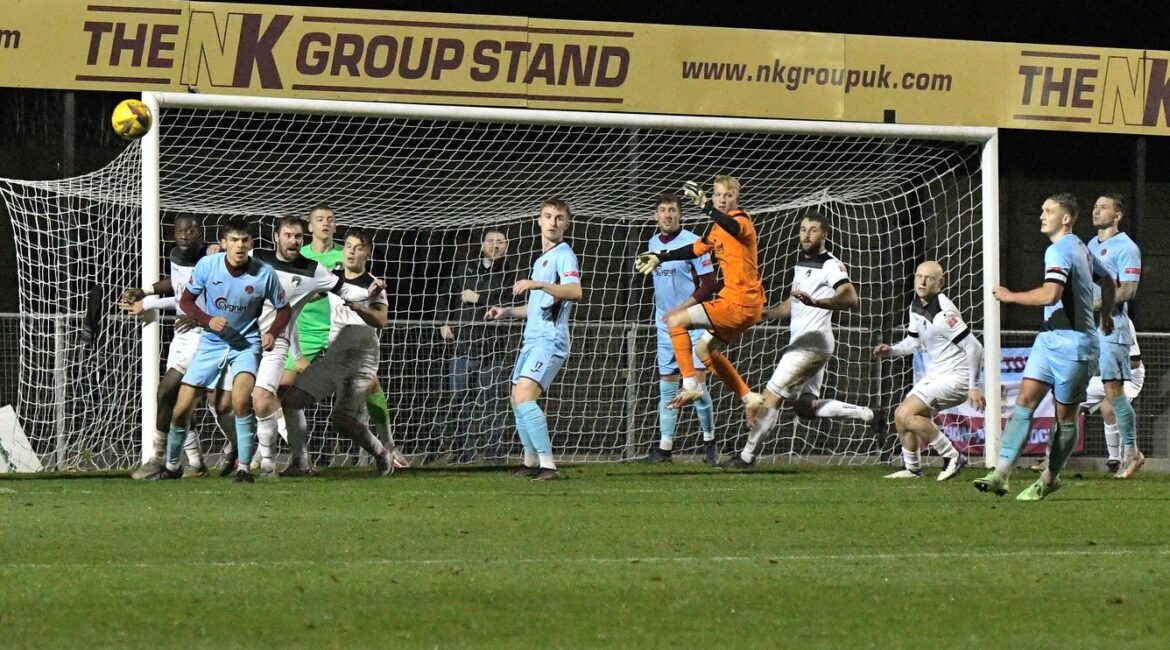 The Peacocks lost for the third time in three visits this season as they went down 2-0 at Weston-super-Mare in their latest Southern League game yesterday evening.

It was another poor performance at the Optima Stadium against a Seagulls side which took the lead after 20 minutes when Nick McCootie tapped home Prince Henry’s cross. Town’s cause was not helped when Joe Budd was sent off in the second half following two yellow cards before Lucas Vowles added a second goal six minutes into stoppage time, breaking away to run the length of the pitch to score in an empty net after Town had lost possession.