All Square On Opening Day 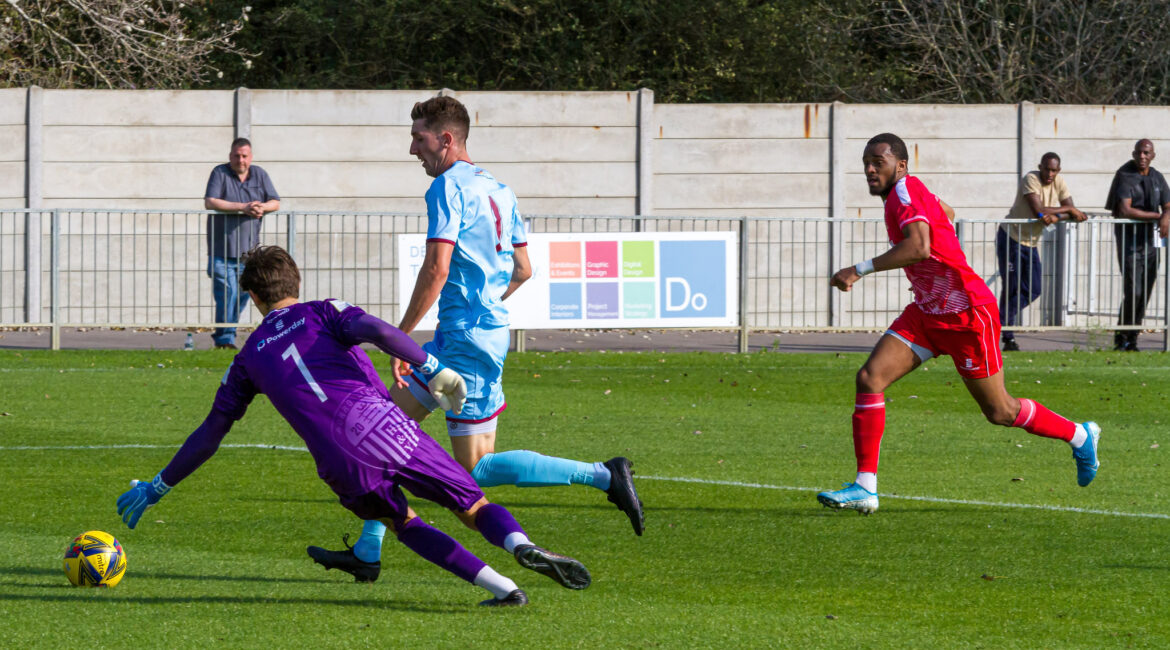 The Peacocks opened their Pitching In Southern League 2020-21 campaign with a 1-1 draw at Hayes & Yeading United this afternoon (19th September).

A point apiece was about fair, with Town making a solid start to the game and Hayes gaining more of a foothold as the first half progressed. However clear chances were at a premium until the Peacocks took the lead after 43 minutes when Ollie Chamberlain ran from midfield, found Gethyn Hill and his neat pass through was picked up by Toby Holmes who rounded the keeper and rolled the ball into an empty net.

The hosts increasingly pressed forward in the second half but Town dealt with the pressure until three minutes from time when they conceded a free kick just outside the box and Omar Rowe stepped up to fire home into the far left corner of the net. Hill nearly regained the lead for the Peacocks straight after but was denied by Jack Smith as Town had to settle for a point.

Full post-match coverage is available in the Results section HERE