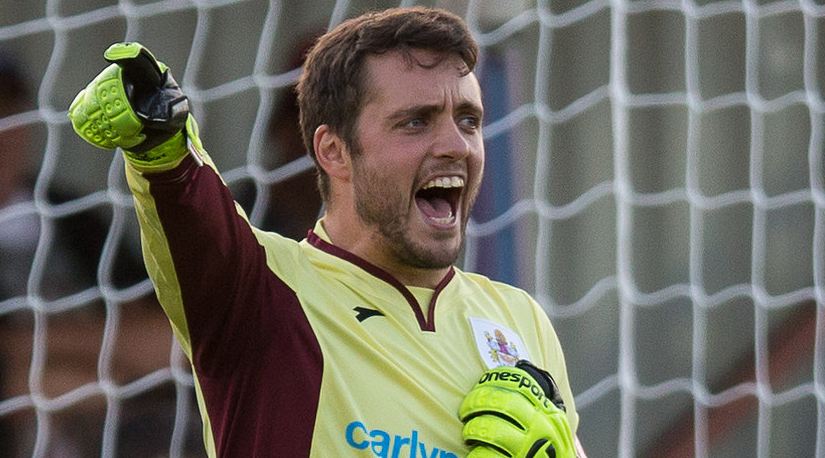 Two of the Peacocks’ successful current squad have been placed on contract. Goalkeeper Lloyd Irish and attacking midfielder Ollie Chamberlain have both penned a contract until the end of 2017-18 following a series of excellent displays over recent seasons.

Irish has made nearly 250 appearances for Town during two spells at the club and has been ever present for this campaign plus the previous two seasons whilst Chamberlain, a former member of the club’s U18 team, has made just over 100 first team appearances.

Manager Leigh Robinson remarked: “We’re thrilled to have secured two of our best players for the rest of what is a really important season. We think Ollie is a huge asset to the club and could easily play much higher in the future so we are firstly protecting our asset and also rewarding him for such outstanding performances over the last two years. With Lloyd, as a keeper, we’re fully aware that he is literally irreplaceable as it’d be virtually impossible to replace him if it came to it. We think we have the best keeper in the league and arguably the league above too so we want to keep it that way whilst again rewarding Lloyd for outstanding service over the years.”

Chairman Kevin Sturmey added: “Ollie has deserved this due to his fantastic displays and has gone from strength to strength. We feel he is someone who can definitely play at a higher level and of course we hope it’s for us. However, if an offer came in from a club much higher up the pyramid we would never stand in his way but would help him secure the right move if it was in his best interests. Of course personally, as I have seen him go from our youth team in to semi-pro football and back to us when he was ready, I would love to see him realise his and our dreams and ambitions at the Viridor Stadium. Lloyd has been a fantastic servant and has to be one of the best non-league goalkeepers in my opinion and while he has played a lot of games at Step 2 I really hope he can help us reach that level. He stays fit and, as Leigh has said, how would you replace him? He is a great all-round keeper and deserves to be playing at a higher level and again, as with Ollie, I really hope he is at Step 2 in the future but with us.”