Signing | Buse Is Back 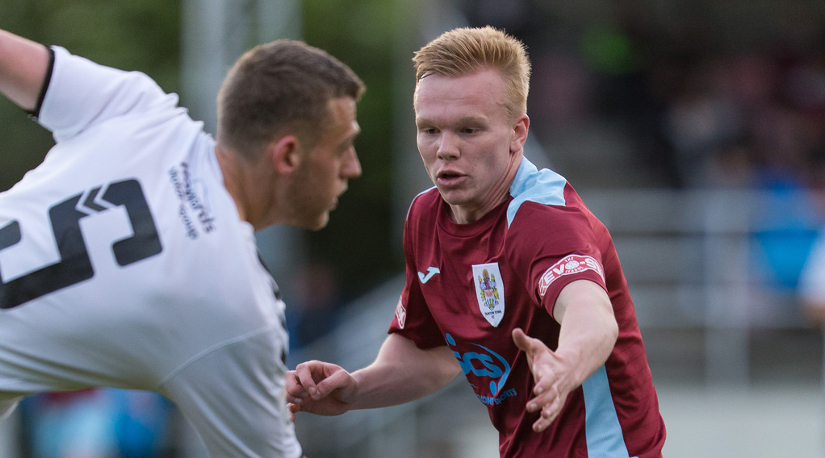 The club is delighted to announce the return of Matt Buse. The 20 year old attacking midfielder who has been on the books at both Bristol City and Yeovil Town originally joined the Peacocks in the summer of 2016 after leaving Weymouth and went on to enjoy a successful season at the Viridor Stadium but due to continuing studies at Bournemouth University he switched to Southern Premier Gosport Borough over the summer. However with the Hampshire club enduring a tough campaign on and off the pitch, a transfer was agreed for Buse to resign for Town.

Although the paperwork has been processed, Buse is not available for tonight’s Evo-Stik League trip to Slimbridge but will be in the squad for Saturday’s Buildbase FA Trophy tie at home to Merthyr Town.

Manager Leigh Robinson commented:” We’re delighted to welcome Busey back to the club. We were disappointed to lose him in the summer but understood his reasons for joining Gosport seeing as they are in a higher league and as he’s at university in Bournemouth. Whilst he’s played pretty much every game for Gosport, they’re having a difficult time and rebuilding somewhat so we were really pleased when he showed an interest in rejoining us. He’ll give us fantastic energy and dynamism which we’ve focused upon getting more of into the squad in the last month or so after looking pretty one paced at the beginning of the season. I’m sure the supporters will be happy to have him back and we look forward to getting him involved from Saturday onwards.”