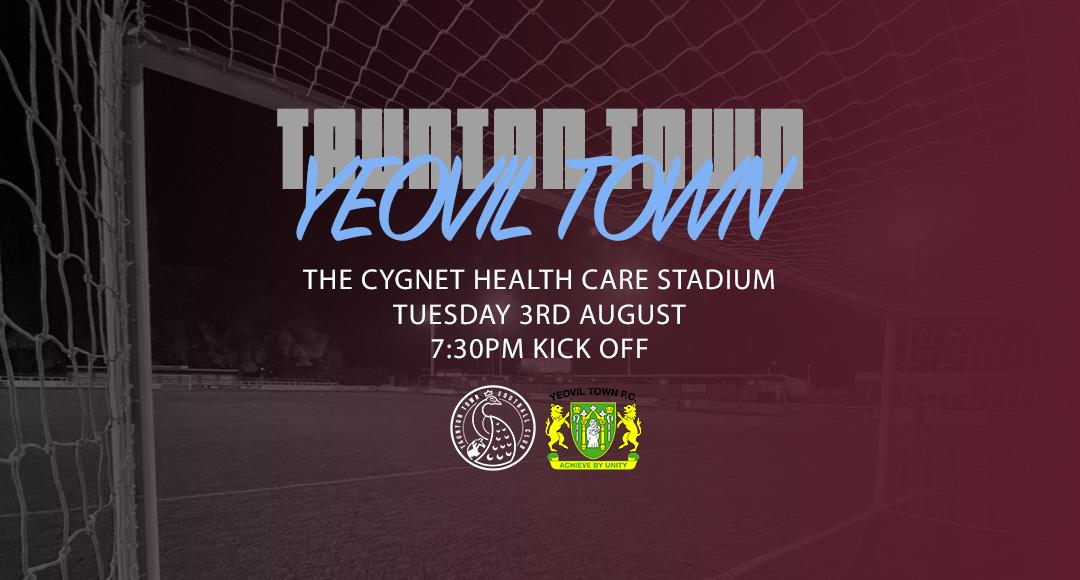 The Peacocks are back at the Cygnet Health Care Stadium for their last three pre-season friendlies starting with the visit of Yeovil Town tomorrow evening (3rd August), ko 7.30pm.

This will only be the third pre-season match for the National League side although they do begin their competitive season a week later than the Peacocks, travelling to Wrexham on 21st August. So far, they have recorded a 1-0 win at Stratford Town in their opening warm-up courtesy of a Tom Knowles strike before losing by the same scoreline to Forest Green Rovers on Saturday.

The game will be a good examination of Town’s capabilities with the commencement of their Southern League campaign just 11 days away. They have won three of their four friendlies albeit against lower league opposition while their last scheduled game away at Chippenham Town last Friday had to be called off due to a positive Covid test in the Town camp. The Glovers, who finished 16th last season in the National League, have made a number of new signings during the summer including experienced former Bristol City defender Mark Little. They will be bringing a strong squad to meet the Peacocks who will take confidence from the last time the two sides met, goals from Nick Grimes and Gethyn Hill securing Town a 2-1 win in a pre-season encounter last September.

The Peacocks will be missing Dan Sullivan who has an injury while Dan McBeam and Jack Goodall are absent due to Covid. Admission to tomorrow’s game is by advance ticket sales only, with none on sale at the gate. They can be purchased via our Eventbrite site HERE while entry to the game is free for Taunton Town Season Ticket holders.