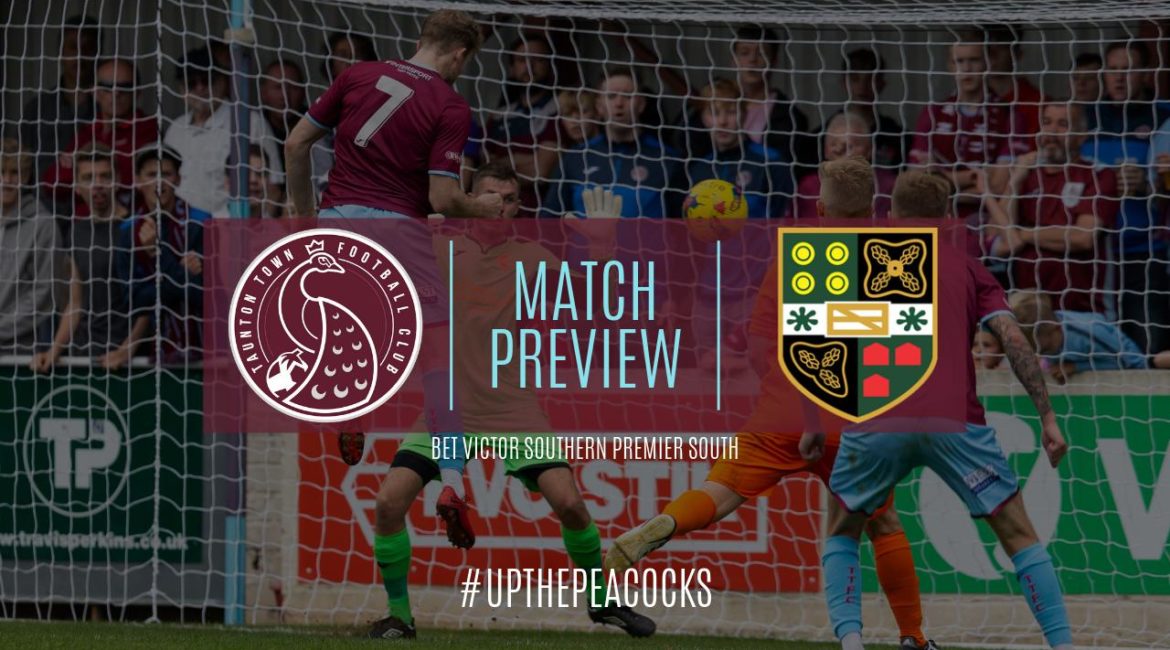 The Peacocks will be looking to bounce straight back from their opening day defeat when they entertain Yate Town tomorrow evening (14th August), kick-off 7.45pm.

Saturday’s result against fellow promotion hopefuls Gosport Borough in the first BetVictor Southern League game of the season proved a big disappointment for Town who had to play the final half hour with ten men, during which time the hosts scored twice more to put the result beyond doubt. Kicking off the home campaign at the Cygnet Health Care Stadium with a victory tomorrow therefore becomes even more important as the Peacocks seek to get back on track.

Yate finished in third spot in Division One South last season to qualify for the Play-Offs which they won by beating Moneyfields on penalties in the Semi-Final before overcoming Cinderford Town 3-1 in the Final, thereby sealing their return to the Premier after an 11 year absence. However, their first fixture back didn’t follow script with Division One South champions Blackfield & Langley emerging 4-1 winners at Lodge Road. The Bluebells then will also have good reason to achieve a positive result tomorrow, no doubt remembering their last visit to the ground two seasons ago when they inflicted Town’s only League defeat of a momentous year although the points were later deducted due to an ineligible player.

Town’s squad is boosted by the return of Jamie Price who was absent for the weekend trip to Hampshire due to a one game suspension carried over from last season. Further good news is that Ryan Brett is also back in the squad, the midfielder having missed the whole of Town’s pre-season schedule due to a troublesome knee complaint. Head of Football Rob Dray commented”: It’s a cliché but we need to see a reaction tomorrow at home in front of our supporters. We are aware what momentum brings and we have to establish that quickly as we cannot afford to have a repeat of Saturday. Yate also had a poor result at the weekend so will be wanting to get that out their system so we will need to be back on our game. There’s no feeling sorry for ourselves but all just doing our jobs better.”