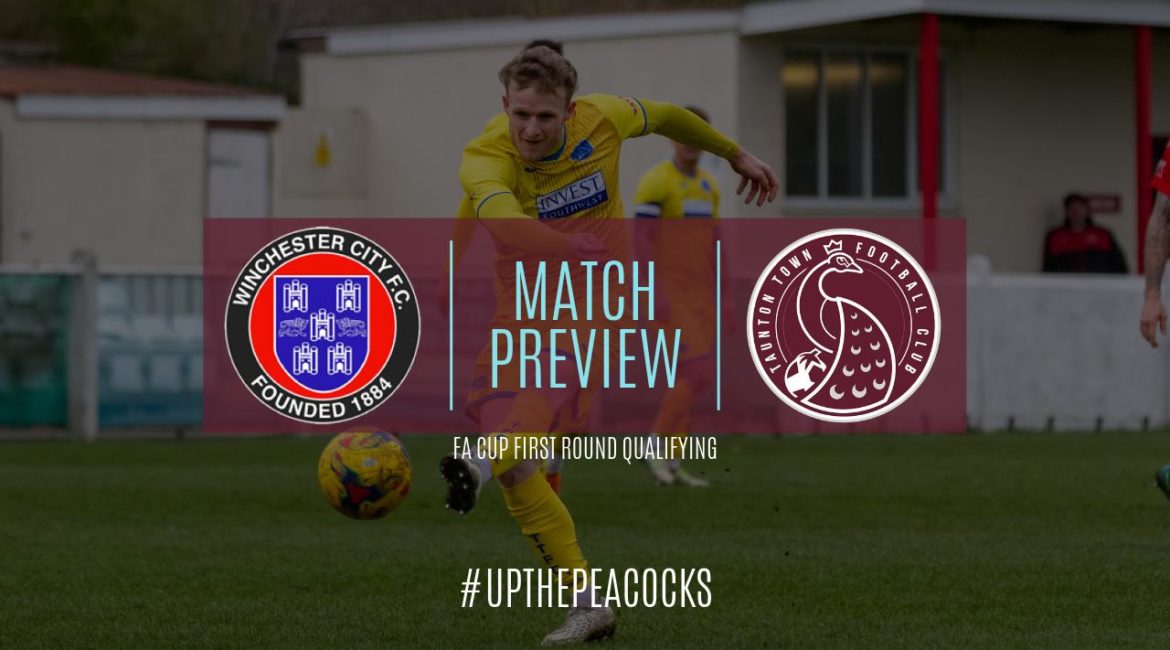 After a very shaky start to their Bet Victor Southern League campaign, Town have turned their fortunes around with three wins and a draw to sit comfortably in 9th spot but they will be equally as keen to embark on a long and potentially money-spinning run in the country’s most prestigious cup competition, with the winners of tomorrow’s tie set to benefit by £4,500. Expectations will be high amongst the Peacocks’ support of at least matching last season’s journey to the 4th Qualifying Round when they lost out to Billericay Town following a replay, but the natural wish is to again reach the 1st Round Proper which they achieved three years ago against Barrow and hopefully better that.

There is a long, long way to go before any such thoughts can be made in that direction though, with the threat of Winchester standing in Town’s way tomorrow. The Citizens safely negotiated their way past Wessex League AFC Stoneham 3-1 in Tuesday’s Preliminary Round replay and have also made an unbeaten start to their Division One South season, picking up a point at Bristol Manor Farm and Basingstoke whilst winning both their home games against AFC Totton and Melksham. Winchester also have some seasoned Southern League players in their ranks, none more so than popular former Peacocks’ defender Keith Emmerson who moved east over the summer, so a tough contest awaits.

The Peacocks will be without Nick Grimes who is suspended for one game following his late dismissal at Harrow Borough last Saturday but Pierce Mitchell and Jamie Price both return to the squad, Mitchell after missing the last four games while Price was not included at Harrow due to a back niggle. Head of Football Rob Dray remarked:” After watching Winchester on Tuesday we know tomorrow will be difficult. We’re away from home and face another unbeaten team but then again so were Chesham, Tiverton and Harrow. Therefore, we know we will have to be at our best and application will be paramount against a dangerous side with nothing to lose against a team with our recent FA Cup reputation.”

On The Road – Winchester City 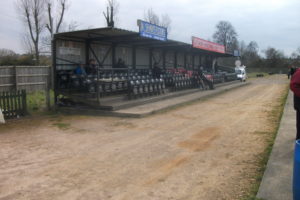 Directions: From A303 take A34 signposted Newbury, Winchester. Take exit for B3420 and follow for approx. 2 miles. Turn left into Park Road and continue until the end. Turn right onto Worthy Road, then first left into Russell Road. Turn right, then immediate left into Hillier Way, ground is further down on the right.

Most recent meetings: The sides last met two seasons ago when the Peacocks completed the league double during their title winning campaign. A Matt Wright hat trick and two from Craig Veal steered Town to a 5-0 away victory in April 2018 while the home fixture had ended 4-1 thanks to a Ben Adelsbury penalty plus further strikes from Ollie Chamberlain, Ross Staley and Wright, with Oli Bailey responding for the Citizens.