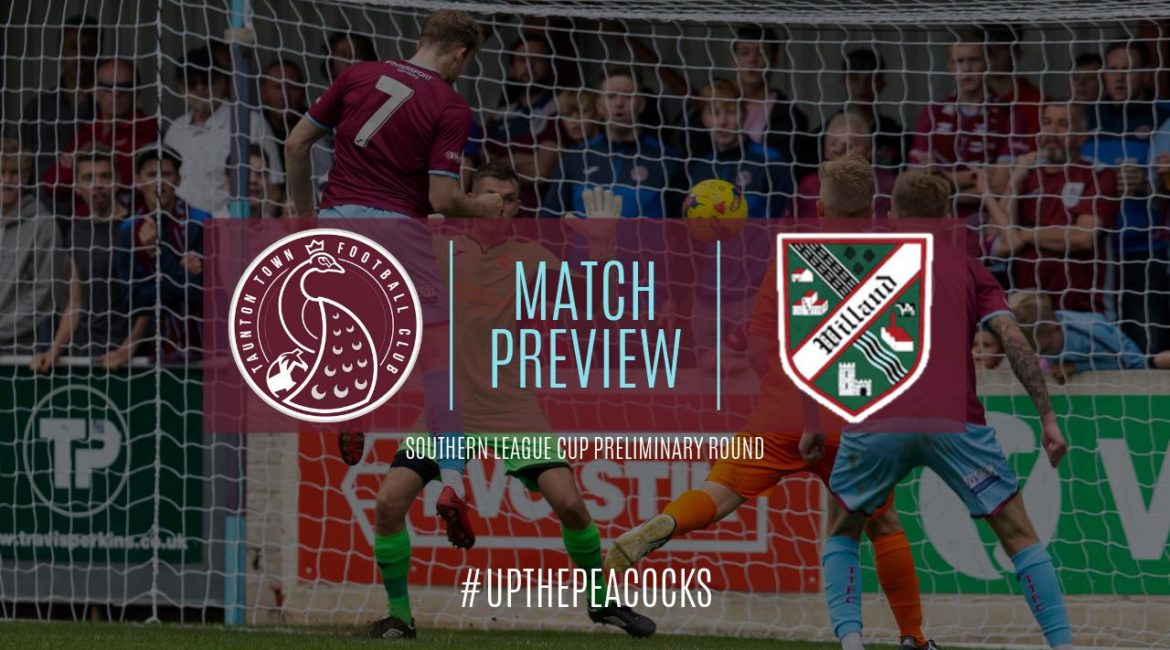 The Peacocks play their second Cup tie of the week when they welcome Willand Rovers to the Cygnet Health Care Stadium tomorrow evening (11th September) in the 1st Round of the League Challenge Cup, kick-off 7.45pm.

The two sides of course met during pre-season when Town ran out 5-2 winners at Silver Street against the Devonians who have found it difficult so far in their first campaign at Southern League level, finding themselves pointless at the bottom of the Division One South table after five games. However, all their defeats bar the opening day 2-0 reverse at Thatcham have been by the odd goal, indicating it may not be long before they turn the corner. Whilst Town were winning at Winchester on Saturday in the Emirates FA Cup, Willand were bowing out of the same competition, losing 2-1 at home to North Leigh so the visitors will have an extra incentive tomorrow to keep interest alive in another cup tournament.

Pierce Mitchell is unavailable due to a funeral and Harry Kite is rested after playing for Exeter City Under 23’s today, otherwise the full squad will be on duty with Nick Grimes returning to the starting line-up after serving his one game suspension on Saturday, Head of Football Rob Dray remarking:” With the strength in depth of the squad at the moment we will put a strong side out tomorrow evening.”