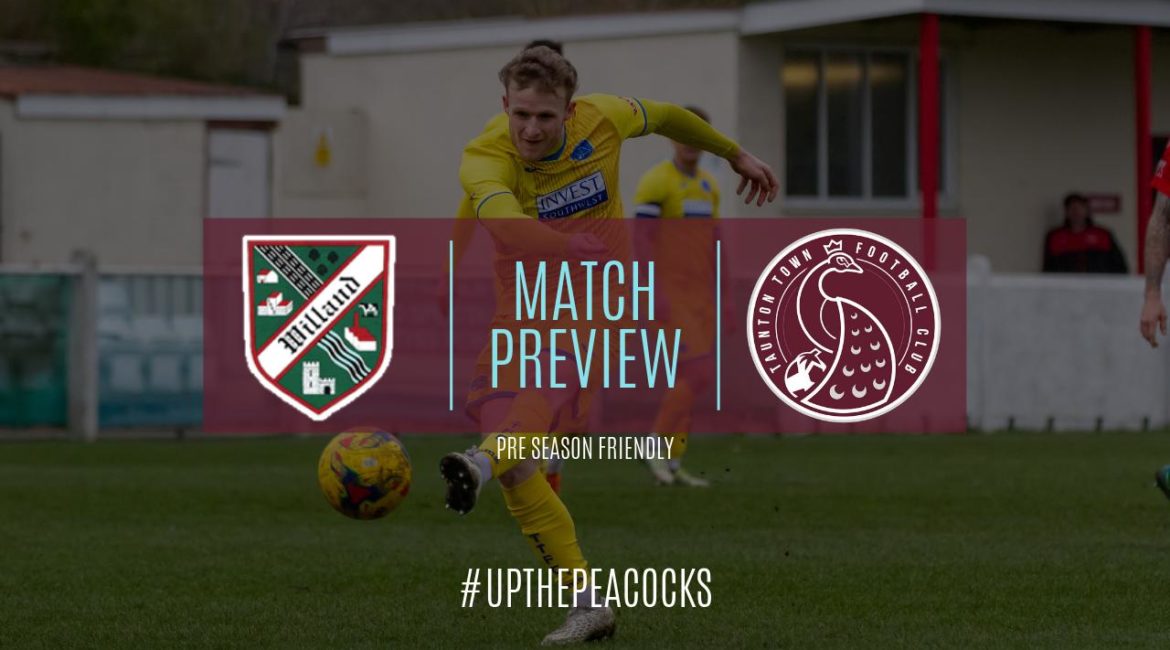 After Tuesday’s disappointment in the Somerset Premier Cup Final, the Peacocks head down the road to Willand Rovers for their last away friendly tomorrow evening (1st August), kick-off 7.30pm.

The defeat to Weston-super-Mare was Town’s first away from the Cygnet Health Care Stadium in pre-season, with victories having come at Tavistock and Bridgwater, while the three home games have yielded a win, draw and defeat against pro opposition. With the season starting for real in just over a week, Rob Dray’s men will be focusing on final preparations at Silver Street tomorrow and at home to Bideford in the final warm-up match next Monday.

Town are regular visitors to Willand in pre-season, having won there 5-0 last summer, but may find Rovers a harder prospect this time round as they are about to begin their debut season in the Southern League Division One South after winning the Western League title last season by two points from Plymouth Parkway. They are currently undefeated in pre-season, with convincing wins coming at Crediton United and Axminster Town while they have drawn both their home matches 1-1 with Portland United and Oldland Abbotonians. They have also recruited former Peacocks Craig Veal and Ben Mammola to strengthen their ranks so it will be another good test for Town.

Jamie Short and Naby Diallo return to the squad after being cuptied for the Weston Final but Josh Grant is suffering from a sore calf and may be doubtful.

On The Road – Willand Rovers