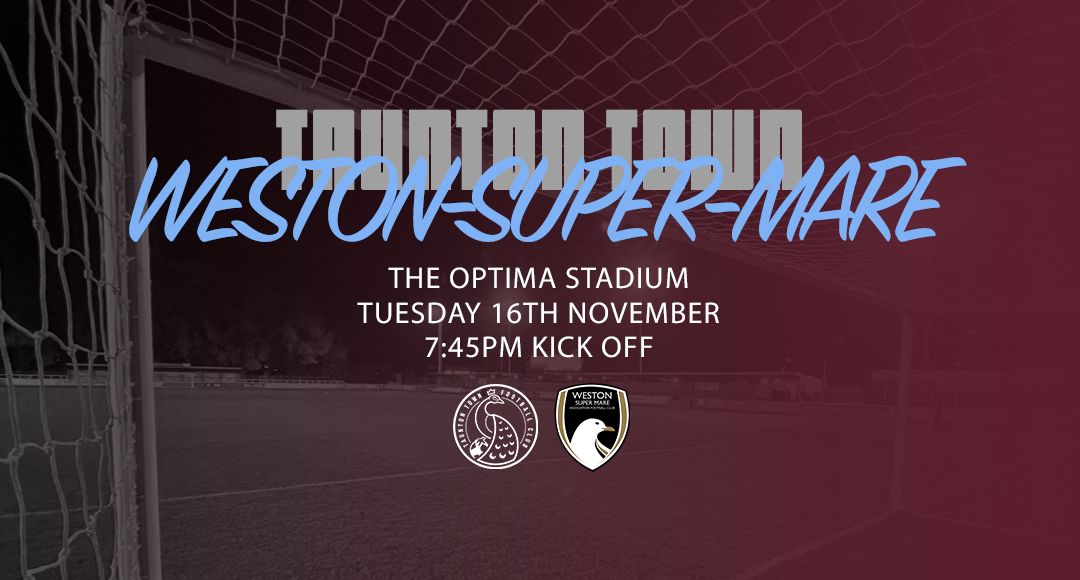 The Peacocks will be hoping that it’s third time lucky when they go to Weston-super-Mare tomorrow evening (16th November) for their latest Southern League fixture, ko 7.45pm.

Two previous visits to the Optima Stadium this season have produced the same outcome for Town. It was an afternoon to forget in September when the Seagulls ousted Town from the Emirates FA Cup with a 5-1 victory, and just over two weeks ago the Peacocks lost out 3-2 in the Buildbase FA Trophy after conceding a 2-1 lead and having a man sent off.

The visitors will therefore be aiming to change their fortunes against a Weston side which followed up their FA Trophy success with two further wins, beating Slimbridge in the Southern League Challenge Cup and gaining an impressive 3-0 result at Poole before surprisingly losing at home to Wimborne at the weekend in the next round of the Trophy. The Peacocks meanwhile have not lost since their last trip to the Optima Stadium, overcoming Truro in the Southern League Cup and drawing at Yate on Saturday, a result which elevated them to 7th spot in the table. Weston lie further down in 12th position and although trailing by five points, they have a game in hand, illustrating the tight nature of the League this season and how important the fixture is to maintain Town’s promotion ambitions.

New signing Ross Stearn is added to the squad which otherwise remains unchanged from the weekend. Head of Football Rob Dray said:” It’s another away game and another tough one. We haven’t done ourselves justice in the two previous games at Weston, but we are well versed on each other, and we realise what we need to do. We are still well placed but need to make sure we keep picking up the points as this squad is more than capable of being in the mix come the end of the season.” 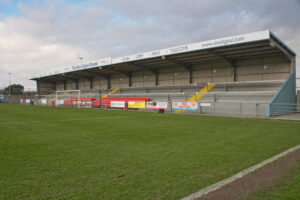