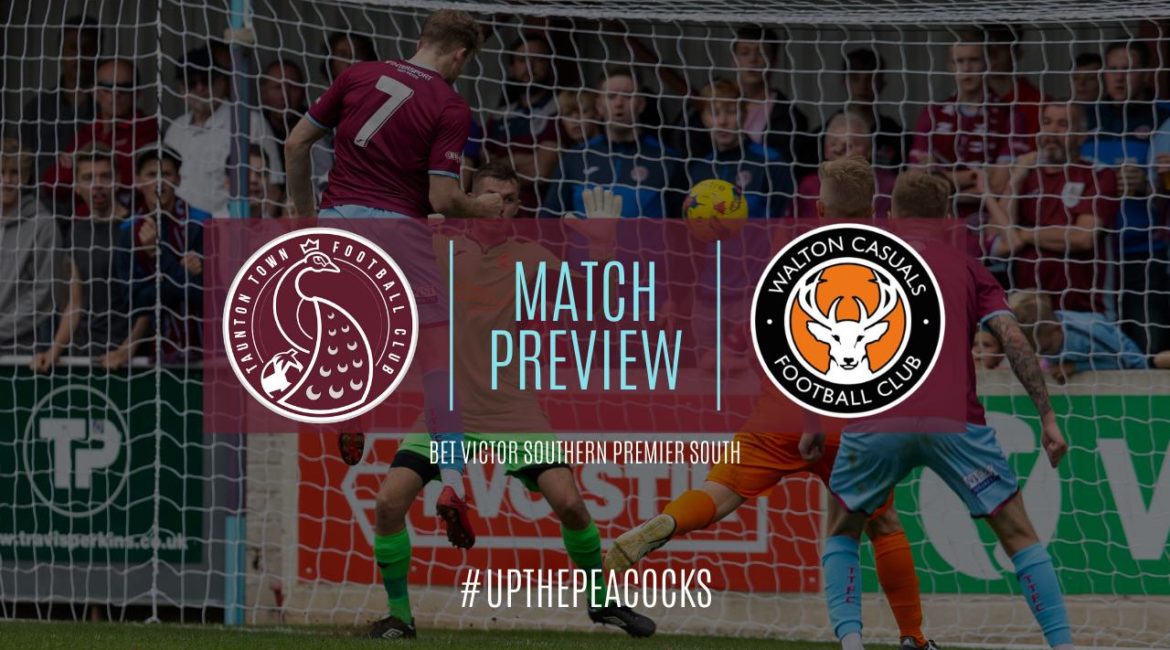 Town’s last home league outing saw them defeat Harrow Borough, since when they have gone on to win at Swindon Supermarine, lose at Merthyr and then gain a point at Hayes & Yeading last weekend, keeping them very much in the hunt in 6th place. A win tomorrow will further strengthen the Peacocks’ cause as they enter the final two months of the campaign with the title and play-off places all still up for grabs by a host of teams.

Walton will have a different type of motive to get something from the game as they seek to clamber away from the relegation zone. They are currently in 20th position and on a dismal run of form; since winning at Merthyr in mid-December they have picked up only two points from 12 games. Following that success in Wales, Casuals suffered six defeats on the spin which ended with two consecutive draws against Yate and notably away at Tiverton. However February has proved a bleak month for them with all four league fixtures lost and only one goal scored. Things didn’t go Walton’s way either in the first meeting between the sides earlier in the season when two goals from Matt Wright plus singles from Dan Sullivan, Harry Kite and Ed Palmer steered the Peacocks to a 5-1 win in Surrey.

The Peacocks can name a full strength squad, with the players who missed the midweek Somerset Premier Cup game against Weston-super-Mare all returning. Head of Football Rob Dray said:” We as a squad realise we have to be winning games in the last eight weeks of the season and that has to start tomorrow. Walton will be battling to get something from the game so we will have to put in a professional performance to ensure we get the right result. It’s good to be playing at home again after a long break so I hope we see a big crowd who get behind us for the 90 minutes.”