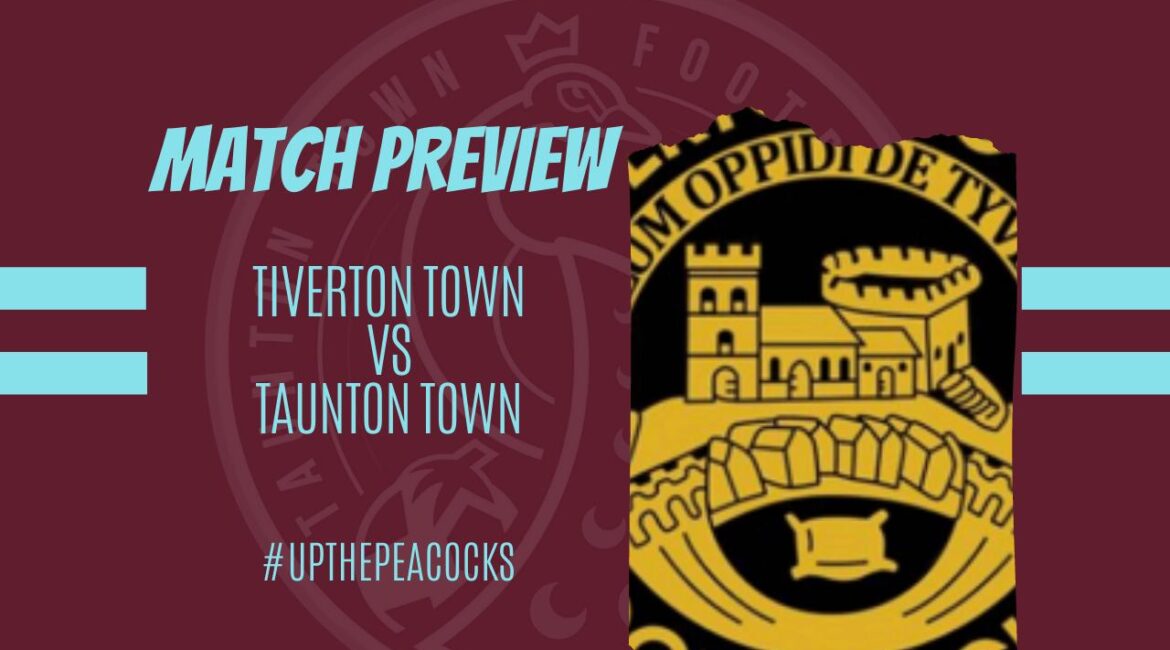 It’s another big game for the Peacocks tomorrow (3rd October) when they make the short trip to Tiverton Town in the 2nd Round Qualifying of the Emirates FA Cup, kick-off 3.00pm.

Following on from Tuesday’s hard-earned draw at promotion favourites Truro City, it’s more of the same for Town against their long-time rivals who have started the season in fine form, having won all three of their league fixtures to sit at the top of the table. Two home wins over Wimborne and Weston-super-Mare, scoring eight goals in the process, have sandwiched a victory at Swindon Supermarine and after despatching Bideford 2-0 at Ladysmead in the previous round of the FA Cup the Yellows will be keen to maintain their early season form.

The Peacocks however will not be short of confidence themselves after gaining two good points on the road and having won both their matches at the Cygnet Health Care Stadium to also leave them unbeaten so far to date. They beat Wantage Town by a 5-0 margin in the last round and also have recent history on their side, winning the last meeting between the teams in the competition during Town’s momentous FA Cup adventure of 2016-17 when they won the replay 2-0 in Devon following an incredible 4-4 draw. The winners of tomorrow’s tie, which will go straight to penalties if the sides are level at 90 minutes, scoop £3,375 in prize money with the losers having the consolation of £1,125

Head of Football Rob Dray has named an unchanged starting line-up for all four games so far and he has the luxury of being able to do that again tomorrow if he chooses with the same squad on duty from Truro with the addition of Jake Mawford who played for Bridgwater Town in midweek and Lee Lucas. The Town boss commented:” It’s another huge test against Tiverton who have made a superb start. As I’ve said before though, if we show our growth and understanding coupled with the good players we have, then we will be a test for anyone. The FA Cup throws up all sorts which we will be ready for.”

After our initial ticket allocation from Tiverton sold out, we have been given another batch which have again sold well. However, there are a limited number still available – to buy a ticket and arrange collection please call 07783 933072.

Taunton fans are reminded that crowd segregation will be in place for this game, with our supporters occupying the terrace at the far end of the ground adjoining the Renault Service Centre. Entry to the ground should be made via the turnstiles in Kennedy Way. There will be no access to the bar. There is limited parking at the ground with alternative pay and display parking available at the nearby sports centre.