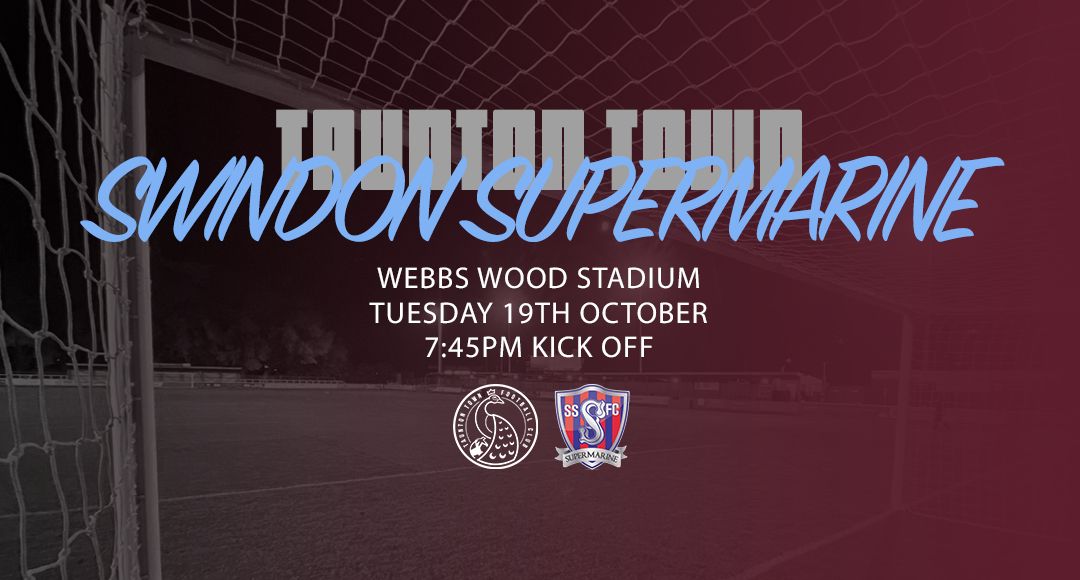 Saturday’s thumping victory over Beaconsfield made it five league games unbeaten for Town and saw them fulfil some of the undoubted potential in the squad against a side who were better than the scoreline suggests. The Peacocks will want to maintain this form in Wiltshire tomorrow against opponents who have always proved a challenging proposition over recent seasons. Supermarine are the draw specialists of the division this time round, having gained a single point in six of their 12 matches so far, with the remaining six split equally between wins and defeats. They lie in 12th spot and have drawn their last two fixtures against Chesham and Walton Casuals, both on the road, while they have only suffered one home defeat this season which came against Poole in their most recent outing, and that was to a last minute goal. Their most impressive result to date is the 5-2 beating of current leaders Farnborough at the end of August so Town will again need to be at their best as they lock horns with a side packed with Southern League experience including former Peacocks Pierce Mitchell and Lewis Hall.

Despite the close battles over recent seasons, the Peacocks have a good record at the Webbswood Stadium, having won there in the past three successive years. Their most recent visit led to a 2-1 victory in February last year when a Ryan Brett penalty and Dan Sullivan winner secured the points. For tomorrow’s meeting, Town name the same squad as the weekend except the unavailable Ben Adelsbury, with fellow centre half Ioan Richards returning to the squad after recovering from injury. There was unwelcome news following the results of the scan on Lee Lucas’ knee on Friday which revealed he has torn his anterior cruciate ligament. The classy midfielder will be sorely missed, and the club wish him the very best of luck for a speedy recovery. Striker Jared Lewington also has a scan this week, so fingers crossed for better news. Looking ahead to tomorrow’s game, Head of Football Rob Dray said:” We’re five games unbeaten now in the league and it’s important we keep gathering points and maintain a level of consistency. A midweek away game always tends to be tougher, and tomorrow will be no exception, but Saturday’s result has boosted confidence and we have more to show as a team.”

On The Road – Swindon Supermarine

Directions: From M4 junction 15, take A419 to Swindon, Cirencester and Gloucester. Continue on the A419 until the 4th exit signposted Highworth, Lechlade and Burford. After 397 yards on the slip road, take the first exit left onto the A361 (Highworth Road). At the first roundabout take second left (Honda entrance will be on your right). Take the second exit at the next roundabout (South Marston Industrial Estate is on the right hand side). At the next roundabout take the second left into Supermarine Road and then first left after 50 yards into the Supermarine Sports Complex. The entrance to the ground is on the right hand side.