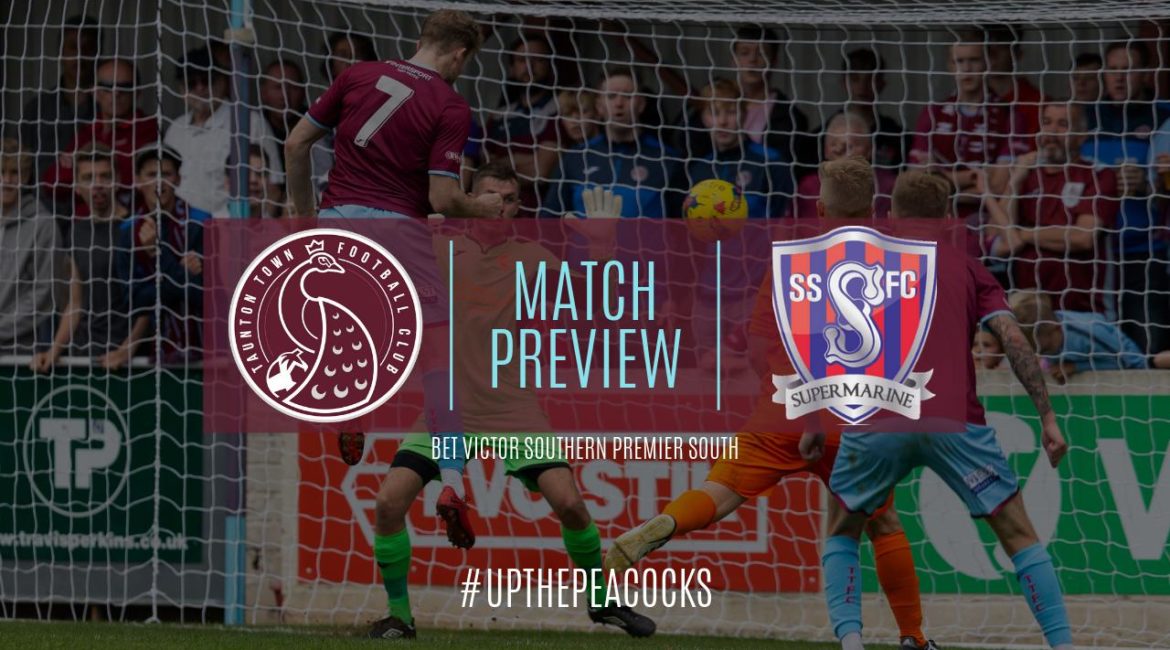 It’s back to BetVictor Southern League duty for the Peacocks tomorrow (14th September) when they entertain Swindon Supermarine at the Cygnet Health Care Stadium, kick-off 3.00pm.

Town have had a two week break from league action, during which time they have progressed in two cup competitions, with last weekend’s victory at Winchester City in the Emirates FA Cup being followed up by Wednesday’s win over Willand Rovers in the League Challenge Cup. Prior to their cup commitments, the Peacocks had built up a run of four games unbeaten in the league which has lifted them up to ninth in the table so focus will very much be on extending that sequence tomorrow. Visitors Supermarine currently occupy 16th spot, with two wins and three defeats from their six fixtures to date, having picked up just one point from their last four games. Like Town, they have also negotiated the same two cup competitions in the past week with wins over Wantage Town and Larkhall Athletic and with the Wiltshire side always liable to pose a threat there can be no room for complacency amongst the Peacock ranks.

Ben Adelsbury, Harry Kite and Pierce Mitchell return to the squad after missing the midweek game with Willand, but Josh Grant has signed forms for former club Tavistock to get game time. The club will retain his southern league registration and he will be involved next week. Head of Football Rob Dray said:” We have an important two league games coming up after the cup interlude. Historically matches against Swindon are tight but we have a full strength squad and are in a good place.”