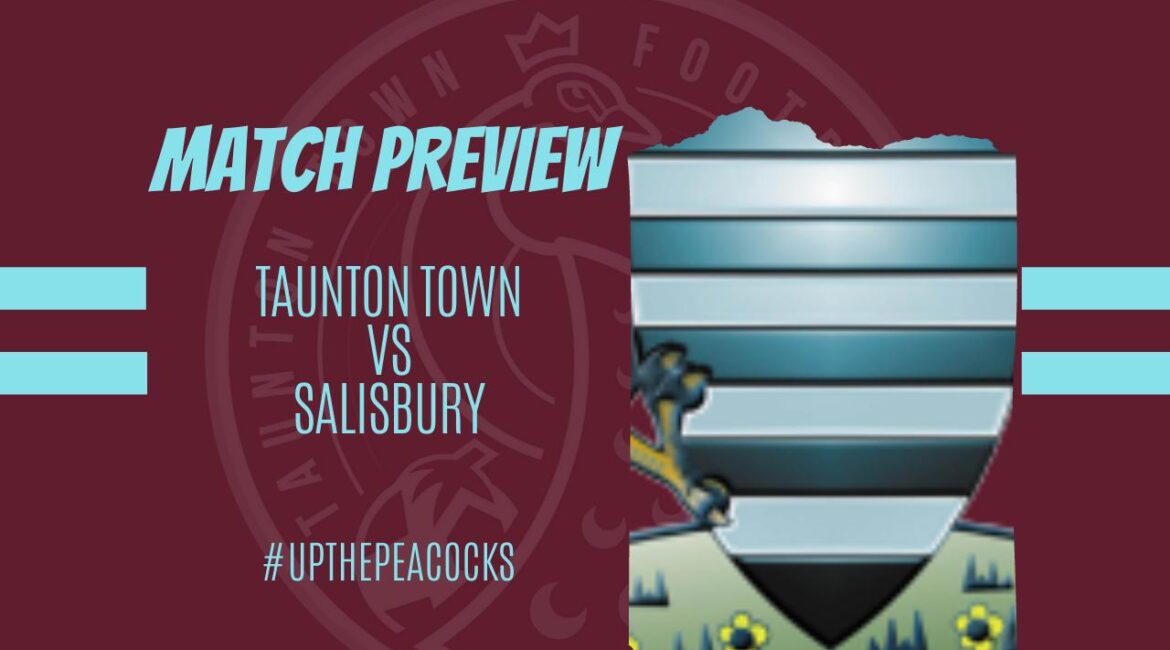 Town will approach the match in confident mood as they seek to maintain their unbeaten start, amounting to two away draws from tough assignments at Hayes & Yeading and Truro and a 2-0 win in their first home League game against Walton Casuals plus two victories in the Emirates FA Cup. Tomorrow’s opposition are also unbeaten in the League, a home draw with Hendon on the opening day followed by a win at Harrow Borough. They returned to the Ray Mac Stadium on Saturday to earn a 1-0 win over Beaconsfield Town, a rearranged fixture due to the Whites’ FA Cup exit at Kidlington on penalties.

The Peacocks’ squad again remains unchanged, with Head of Football Rob Dray being able to name the same starting eleven for every game so far. He said:” Tomorrow is yet another tough task following on from Truro and then Tiverton. We will have to be on our game and do our jobs properly for us to keep our run going but we are in a good place.”

Prospects for tomorrow’s game though could be better. Chairman and Head Groundsman Kevin Sturmey told tauntontown.com:” The pitch has absorbed a lot of water, around four inches, over the weekend and today has not been dry for long so I am very concerned about tomorrow’s match. With midweek matches I always want to err on the side of caution as we all must remember players on both sides have to travel hundreds of miles. I therefore always like to try to give an indication of chances on the morning of the match and I am in the process of arranging an inspection.”

“As most people know our pitch slopes from corner to corner and the quarter of the pitch it drains to is a problem. Thanks to our Vice Chairman Brian Pollard, we are installing a drain to the bottom corner, but at this stage it’s not complete as none of us expected 4 inches of rain in a few days in early October leading to flood warnings and river levels very high in Somerset! At present we have not been able to carry out any work on the pitch and the forecast for tomorrow is more rain which is going to cause more issues.”