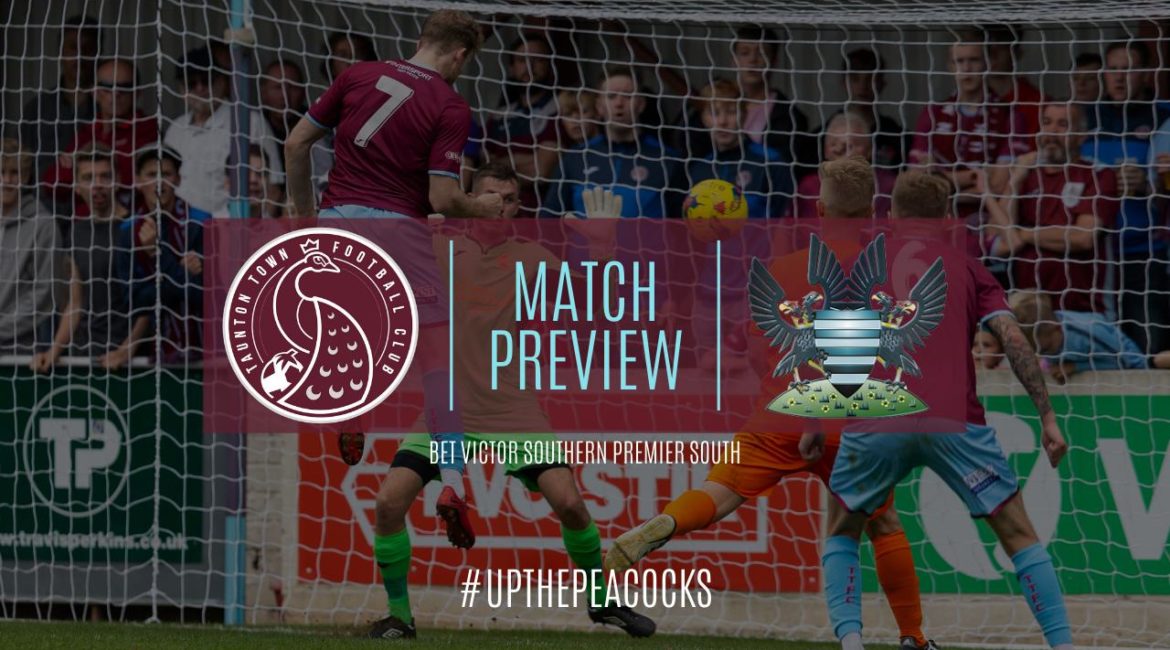 The Peacocks will have to overcome a double challenge in their quest to bounce back in the BetVictor Southern League tomorrow afternoon (15th February), kick-off 3.00pm.

Apart from the threat of Steve Claridge’s Salisbury team Town will also have to keep their fingers crossed that the Cygnet Health Care Stadium is spared too much heavy rain to allow the game to proceed. Wet weather is forecasted tonight and most of tomorrow as Storm Dennis hits the region, meaning a pitch inspection has been arranged for 11am in the morning.

If the Peacocks beat the weather they will be looking to recover from their poor result in midweek when they lost 4-2 at Merthyr Town, bringing their five game unbeaten run in all competitions to a halt. The reverse in Wales was especially disappointing given the fine display at Swindon Supermarine last Saturday but Town are still well placed in fifth spot as they seek to consolidate their play-off position.

Salisbury meanwhile are not having the best run currently, having picked up one win from their last six competitive fixtures which was a 5-0 league victory at bottom side Dorchester Town. Their last outing saw them succumb 3-2 at Metropolitan Police last weekend but the Whites will be well aware that if they are successful tomorrow and also win their two games in hand they can overtake the Peacocks in what is shaping up to be a hard to predict promotion race. Salisbury came out on top in the first meeting of the season in October, own goals from Lloyd Irish and Matt Wright putting the hosts two up before Andrew Neal reduced the deficit seven minutes from time.

Neal will be missing tomorrow due to his knee injury while Harry Kite is also injured. Owen Irish and Noah Coppin are called into the squad. Head of Football Rob Dray said:” We must be more consistent and will need to improve from Tuesday. Whilst we were excellent at Supermarine we didn’t perform to our standards at Merthyr so things must be better tomorrow against another one of our challengers.”