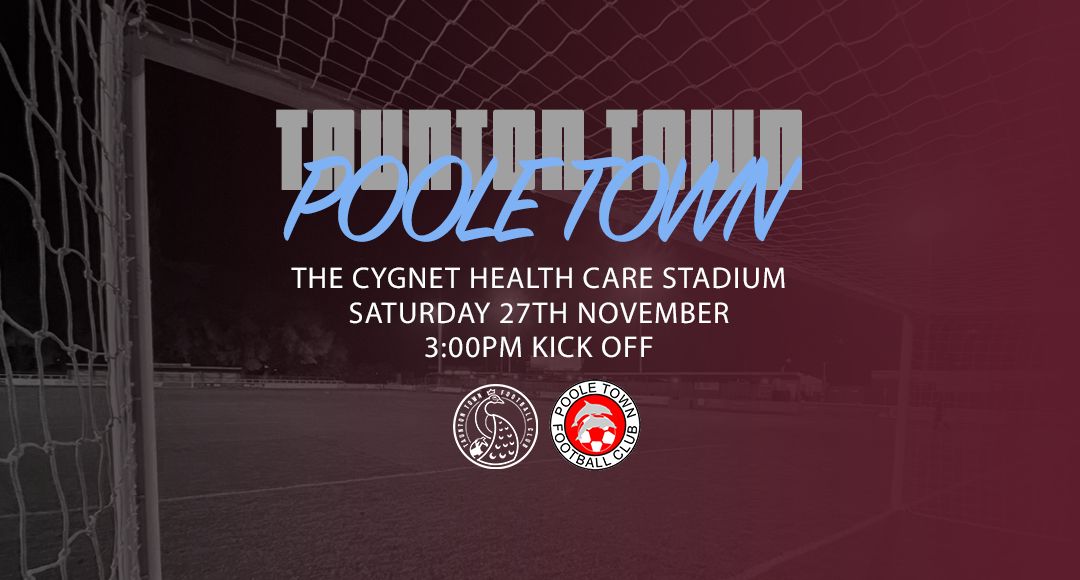 For the first time this season the Peacocks can enjoy two successive home Saturdays when they host Poole Town in the Southern League tomorrow afternoon (27th November), ko 3.00pm.

Last weekend they turned in a fine display to beat promotion candidates Gosport Borough for their first league win in four games and will face another side sharing the same play-off ambitions tomorrow. The current league table sees the Peacocks in 10th spot, with Poole one place and one point above them but having played three games more, and with just three points separating 5th and 11th position in the table, the value of another maximum point haul against the Dolphins cannot be underestimated.

Poole come into the game in variable form, having picked up just four points from their last six league fixtures, most recently gaining a 0-0 draw at home to Chesham last Saturday. Prior to this poor run though they had put together a five game unbeaten run including four straight wins so Town will need to be fully focused to ensure their visitors leave the Cygnet Health Care Stadium empty handed. The sides have already met this season of course with honours even after a 2-2 draw in Dorset in mid-September. The Peacocks surged into a two goal lead inside 10 minutes with goals from Gethyn Hill and Ollie Chamberlain but couldn’t put the game to bed and saw Poole snatch a stoppage time equaliser through Tony Lee who has continued to find the net at regular intervals since and as a result sits top of the Southern League goalscoring charts with 20 to his name to date.

The Peacocks will be missing Jake Wannell who is suspended for one game after amassing five bookings this season while Joe Budd is also banned for one match following his recent dismissal at Weston-super-Mare. However there is good news with the return of both Ollie Chamberlain and Zac Smith after spells out through injury. Head of Football Rob Dray said:” It’s important we now build on last week’s good win. We know how tough and unpredictable this league is so each player needs to put in another big performance tomorrow to make sure we keep gaining momentum.”

Our Matchday Mascots are Staplegrove Under 8’s