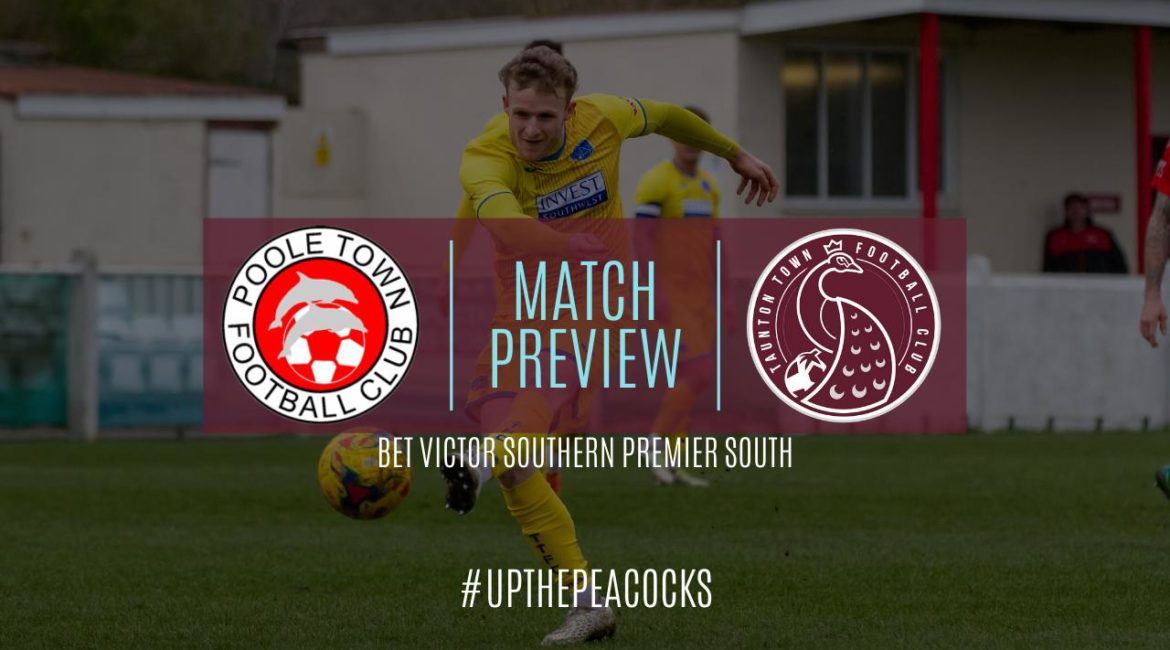 With the month of November nearly at an end, tomorrow’s game will only be Town’s second league fixture of the month due to FA Trophy commitments and postponements. Their last league outing produced a 3-1 victory over Blackfield & Langley at the Cygnet Health Care Stadium a fortnight ago, a result which left Town in fifth position where they still remain, nine points adrift of leaders Chesham but with two games in hand.

The Dolphins meanwhile lie one place and two points beneath the Peacocks but with three games in hand, having suffered a spate of postponements which has seen them not play a league match at the BlackGold Stadium since 14th September when they beat Harrow Borough 3-1. Since then they have reached the 4th Qualifying Round of the Emirates FA Cup before losing to Hayes & Yeading United in a replay while they returned to league duty in mid-November after a month’s gap with a 3-0 reverse at Hartley Wintney before bouncing back with a victory by the same scoreline at Walton Casuals last weekend. It is shaping up to be a difficult test then for Town tomorrow against a Poole side with only two defeats from their 12 league games to date and with striker Harry Baker being joint top scorer in the division with nine goals.

Player news for tomorrow sees the welcome return of Bristol City loanee Zak Smith who has been missing since the end of September when he was injured at Metropolitan Police and the squad also includes recent loan signings Jake Jackson from Gloucester City and Owen Windsor from West Bromwich Albion. Josiah Dunstan and Joe Charles who both featured in the League Cup tie with Truro City are not in the squad travelling to Dorset tomorrow while Ollie Chamberlain is still on the injured list and Dan Sullivan is suspended for one game after accruing five bookings. Head of Football Rob Dray commented:” We’re pleased to get back to it tomorrow with a tough game against one of the promotion favourites. They have made a great start, but we are fresh and hungry to get going again.”

On The Road – Poole Town 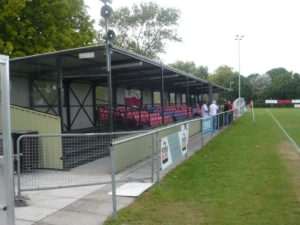 Directions: Arriving from the West or South West, leave the A35 towards Poole Town centre at the Fire Station roundabout, then turn left towards Poole on Holes Bay Road. Take the first exit at the next roundabout onto Broadstone Way. Turn left at the traffic lights into Willis Way. At the end of Willis Way, turn left onto Fleets Lane. Fleets Lane eventually becomes Stanley Green Road. Turn left into Palmer Road then right into School Lane and the car park.

Most recent meetings: The sides met three times last season, most significantly in the Play-Off Semi-Final at the Cygnet Health Care Stadium with the Dolphins progressing 4-3 on penalties after a 1-1 draw, Ryan Brett equalizing for Town after the break after Jack Dickson had put the visitors ahead. Earlier in the season Poole had won the opening league encounter 1-0 in October courtesy of a Marvin Brooks goal while the Peacocks won the reverse fixture by the same scoreline thanks to a strike after 47 seconds from Andrew Neal.