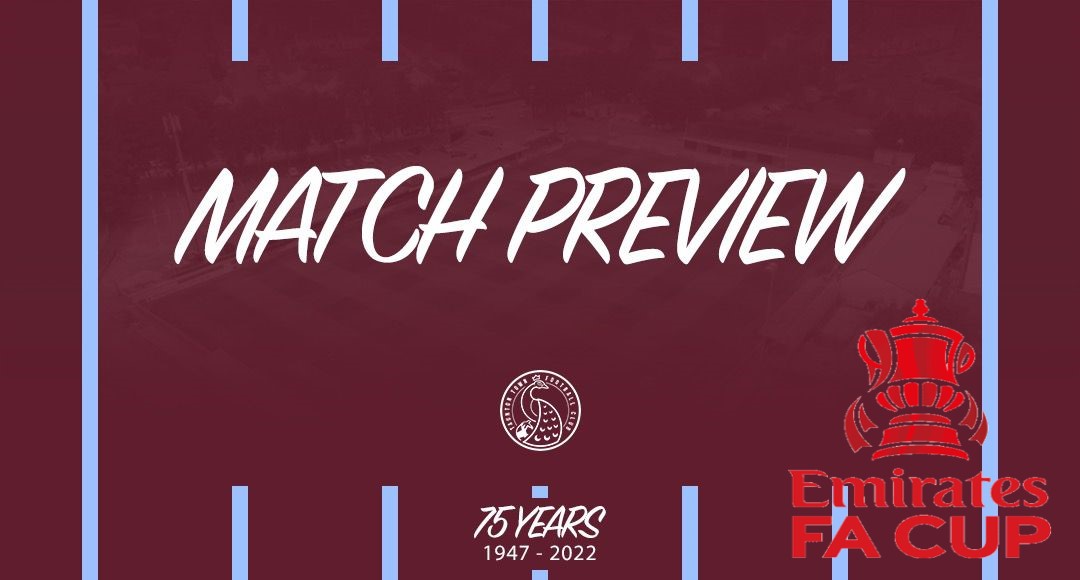 The 2nd Round Qualifying tie signifies Town’s entry into this season’s competition after being exempt up until now due to their National League South status. Their opponents present something of an unknown quantity and potential banana skin, residing three levels below the Peacocks in the Wessex League Premier Division. They have been members of the Wessex League since 2004-05, finishing 5th in Division One last term before going on to win the Play-Offs, beating Newport IOW in the final to gain promotion. To date they have only played four League fixtures and gained four points to sit in 14th spot.

Much of their focus has been on the FA Cup, having already played four matches to get this far. They began in the Extra Preliminary Round where they drew 2-2 at Alresford Town before winning the replay 4-0. A 2-0 home victory over United Services Portsmouth followed at the next stage, with their most impressive result then coming away at Cinderford Town in the last round where they prevailed 3-2 against the Southern League Division One South side. After inflicting cup upsets over higher ranked clubs in recent years, the Peacocks will be well aware they themselves can afford no hint of complacency as they look to progress and scoop the £3,375 prize on offer for the winners.

Apart from the incentive to win to hopefully embark on a long run in the competition, Town will also be keen to bounce back from the midweek defeat at Slough, their first in five League games. Joe Guest returns to the squad, having missed the past three games after straining ankle ligaments at St Albans while Lee Lucas is also back in contention after being absent for the Slough match. Head of Football Rob Dray commented:” In the last six years we have had some great memories in the FA Cup and on all occasions, we have been the underdog and realise what it takes. We won’t be underestimating our opponents, won’t be resting anyone and will be as strong as we would for a National League game. We will show Laverstock respect for getting to this stage, but we realise how strong we are at home and how important the cup is to us and our fans so hoping for another big crowd again tomorrow.”

Admission is payable by card or cash at the turnstile only, priced at £12 for Adults, £10 for Concessions and £5 for Juniors (14-17 years). Under 14’s are free on condition they are accompanied by an adult. Unaccompanied Under 14’s will not be admitted.

They are also available to read online HERE

Last meeting: this will be the first meeting between the sides