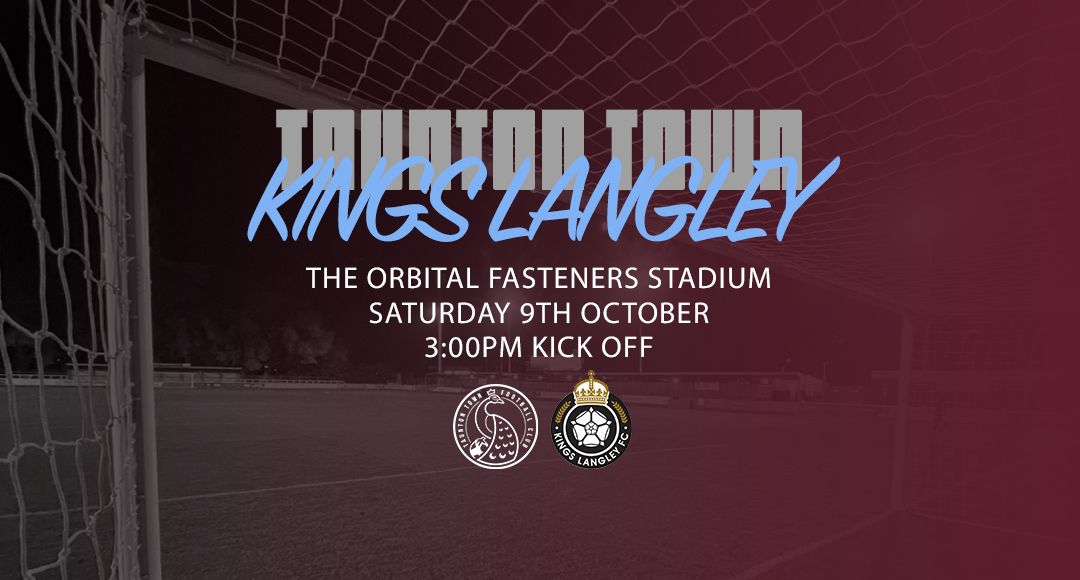 The Peacocks will be seeking their third successive Pitching In Southern League win they travel to Kings Langley tomorrow (9th October), ko 3.00pm.

The last two League fixtures have seen Town claim victories over Walton Casuals and Hartley Wintney and they will hope to make it a hat trick when they make the long journey to Hertfordshire to take on Kings Langley who have had a difficult start to the campaign after losing seven of their nine games to date to lie bottom of the table. They requested to be moved back to the Southern Premier South Division from the Central for this season, having most recently been resident in the 2018-19 season when the Peacocks completed the double over them with 2-1 wins both home and away, the only occasions the clubs have met previously.

The sideways switch did not get off to the best of starts, four consecutive defeats beginning the season before they picked up their first point with a draw at Chesham. Two more reverses followed until Kings beat Poole 3-0 at the Orbital Fasteners Stadium to gain their first win of the campaign but a 4-1 loss at Tiverton last weekend put them bottom of the pile on goal difference from Wimborne.

Fitness tests are necessary for Joe Guest and Ioan Richards tomorrow as the Peacocks welcome back the players who were rested for the midweek Somerset Premier Cup tie. Head of Football Rob Dray commented: “That bit of momentum after winning the last two League games needs to be carried forward. However, as this season has shown, you can’t look at recent results and assume anything at all. We have to turn up properly and be on our game. They will be boosted by making four new signings in the past week so we cannot take anything for granted.” 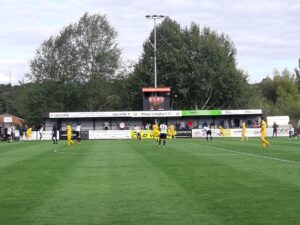 Directions:  From M25 leave at Junction 20. Take 2nd exit at the roundabout onto A4251 to Kings Langley. Go over first roundabout and continue into village along the High Street. The ground is on the right approximately 1.4 miles from J20.