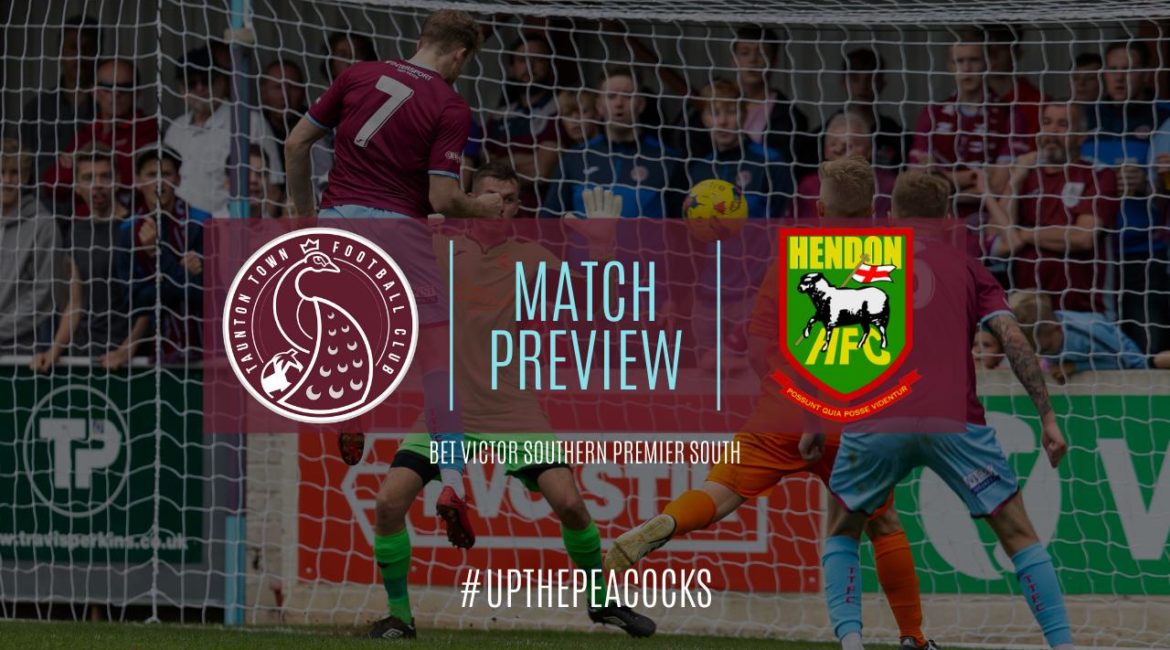 The postponement of Saturday’s game against Walton Casuals means Town have not run out at the Cygnet Health Care Stadium since Bath City visited in the Somerset Premier Cup four weeks ago. Since then they have played three league games, amounting to a win, draw and defeat, plus losing to Weston-super-Mare in the next round of the Premier Cup. With Saturday’s trip to leaders Truro City looming and with every single point vital in the push to secure at least a play-off spot, the Peacocks will be champing at the bit to put in a decent performance tomorrow to claim a victory in front of their own fans.

Hendon make the long midweek trip sitting in 14th spot, with neither promotion nor relegation a likely possibility. Six successive league wins from early January in which they netted 16 goals and conceded only two lifted the Dons up the table but that run has been brought to a halt by two successive defeats, a 2-0 reverse at Salisbury followed by a 4-1 home loss to Truro on Saturday. Town have not yet faced Hendon this season, with the trip to North London scheduled for two weeks on Saturday. Last campaign the sides shared the spoils following a 3-3 draw at the Cygnet Health Care Stadium before Town emerged 3-2 winners in the return game courtesy of an Andrew Neal hat trick.

The Peacocks can name a full strength squad for tomorrow’s match apart from top goalscorer Neal who had a successful knee operation last week. He is progressing well with his recovery and is due to have his stitches out next Monday. Head of Football Rob Dray commented:” Hendon have been one of the form teams since the turn of the year and they have a different side than the first half of the season. The minimum we need to show is hard graft as they are more than capable of taking advantage if we don’t apply ourselves. With such a tight division every point is precious, so we need to be focused from the first whistle tomorrow night.”