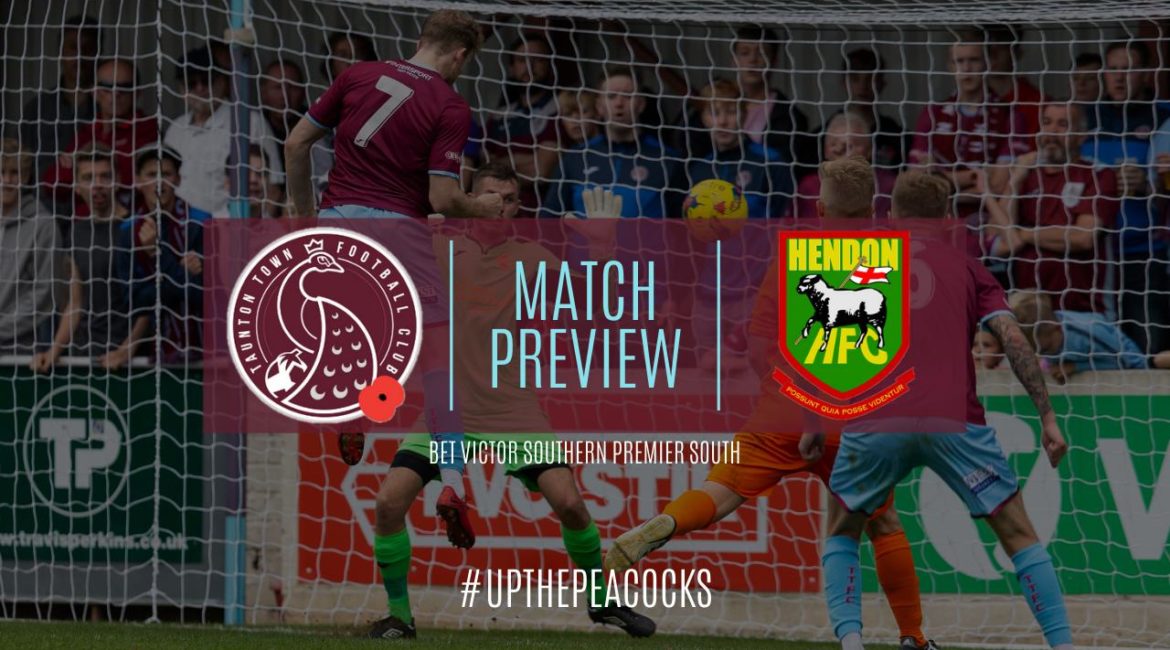 Tuesday’s Buildbase FA Trophy replay win over Wimborne Town began a three and a half week period of matches at the Cygnet Health Care Stadium, during which time Town will be aiming to cement their position in the play-offs and make progress in three cup competitions. Consecutive wins from their last two league fixtures against Walton Casuals and Truro City have lifted the Peacocks up to 5th in the table and they will hope to maintain that form against the North London side who find themselves one place off the bottom with ten points from their twelve matches. The Dons have picked up only two points from five games on their league travels this season with draws at Weston-super-Mare and Yate Town so they will be keen to record their first away win on one of their longest league trips. Last season Town picked up four points from the meetings between the sides, an Andrew Neal hat trick steering his team to a 3-2 away success in April, with Shaquille Hippolyte-Patrick and Ogo Obi replying while another high-scoring affair took place in August, a Ricardo German hat trick giving Hendon a 3-1 lead before Dan Sullivan and a Matt Wright penalty, his second goal of the match, salvaged a draw in stoppage time.

Noah Coppin and Luke Manley who has returned from his loan spell at Willand Rovers are both added to the squad which otherwise remains unchanged from Tuesday.