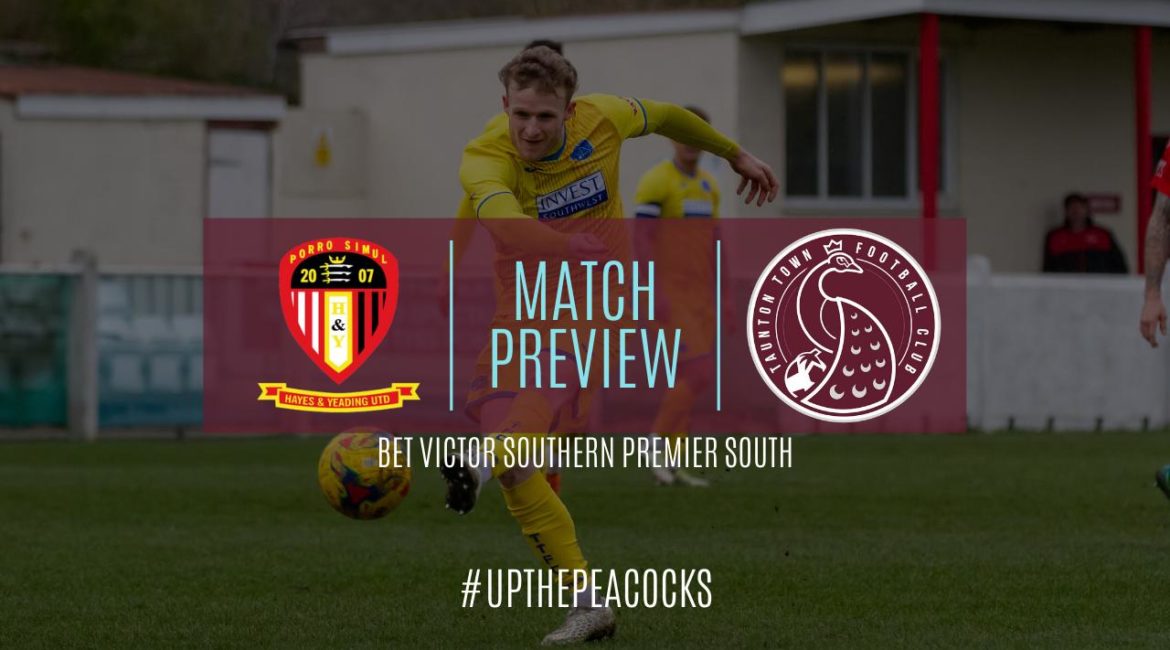 After having their last two games lost to the weather, the Peacocks will be hoping to return to BetVictor Southern League action when they make the trip to Hayes & Yeading United today (22nd February), kick-off 3.00pm.

Successive matches against Salisbury in the League and Weston-super-Mare in the Somerset Premier Cup have been postponed due to waterlogged pitches, meaning Town have not kicked a ball since losing 4-2 at Merthyr Town last Tuesday week. Since then they have seen their place in the Play-Offs dislodged by tomorrow’s opponents who climbed up to fifth on Tuesday evening after walloping Blackfield & Langley 6-0 at the Skyex Community Stadium, their fifth consecutive league victory since losing to Poole 2-1 a month ago. Those five matches have seen United net 17 goals and concede only three, that sequence also including a resounding 5-1 win at Weston-super-Mare, so they come into the clash with the Peacocks in hot form.

The promotion battle is shaping up to be one of the hardest fought in many years with Truro jumping to the top following their win at Salisbury on Tuesday evening while Swindon Supermarine lost at Yate on the same night. The Peacocks have a good vantage point in sixth spot, having games in hand on several sides above them whilst also being mindful of the threat from some teams below them, making the encounter in Middlesex tomorrow a vital game.

The Peacocks include new loan signing Tom Purrington from Plymouth Argyle who has joined until the end of the season, having spent the earlier part of the season playing at Dorchester Town.

On The Road – Hayes & Yeading United 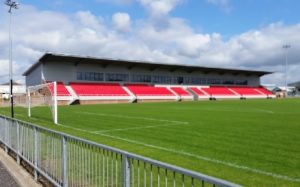 Directions: From the M4 – take Junction 3 (Heston, Hounslow, Southall & Hayes). Head northbound towards Hayes along the A312 The Parkway (Hayes By-Pass). Go over the first roundabout (Tesco’s is off to the right) and over the flyover. Ignore the next junction signposted to Hayes and take the second signposted Hayes, Uxbridge & Southall. At the end of the sliproad is the Ossie Garvin roundabout. Take the third exit towards Southall. Head eastbound along the (A4020) Uxbridge Road signposted to Southall. Get into the far right hand lane as soon as you can to turn right into Springfield Road at the next set of traffic lights (There is a retail development with a Wickes on the corner of Springfield Road) Follow the road, past ‘Goals’ on your right. The road bears left into Beaconsfield Road, and about 100 yards on your right is the entrance to the ground.

Most recent meetings: The Peacocks narrowly came out on top 2-1 in the first ever meeting between the sides back in October. Ollie Chamberlain and Andrew Neal gave Town a two goal lead before Hassan Jalloh reduced the arrears with a penalty