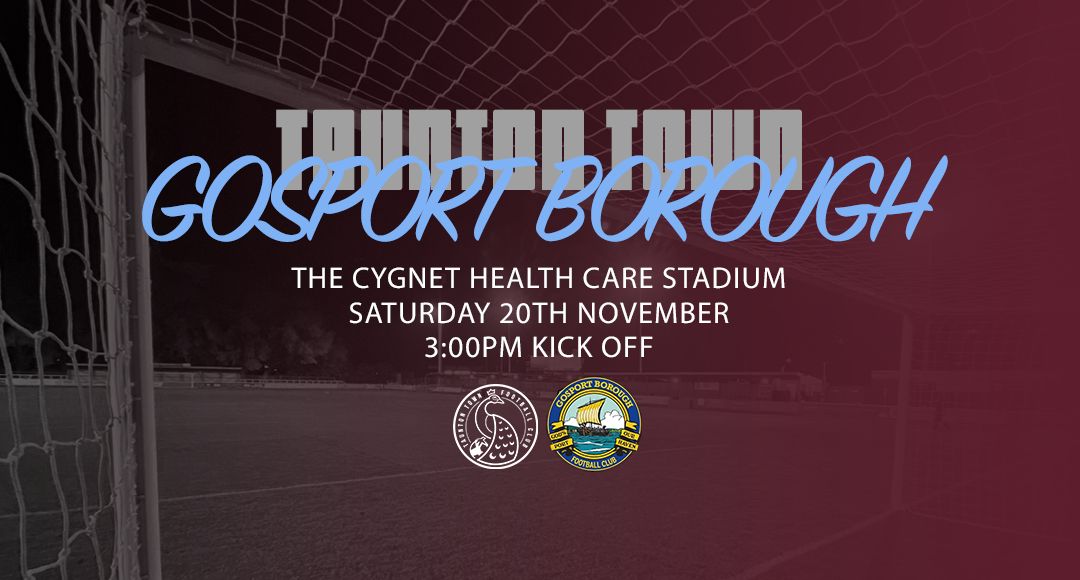 The visit of the high-flying Hampshire outfit will provide the chance to bounce back from Tuesday’s disappointing defeat at Weston-super-Mare which means Town have only picked up one point from their last three league matches and a drop to 9th in the table. Stringing a positive run of results together is therefore vital to the Peacocks’ promotion ambitions with a sizeable number of sides jostling for the play-off zone.

It will be difficult though against Gosport who themselves will be looking to improve on their midweek showing when they were held to a 1-1 draw at home to lowly Kings Langley. Despite that, the Borough occupy second spot but have both Hayes & Yeading and Metropolitan Police breathing down their necks with games in hand. They have won 10 of their 16 league fixtures to date but have lost two of their last three away games at Harrow and Farnborough which sandwiched a win at Truro. After their defeat at Harrow they have picked up seven points from three successive home games. A win for the Peacocks tomorrow though would narrow the gap between the sides to five points.

Dan Sullivan picked up a knock at Weston on Tuesday and misses the game tomorrow along with other injury absentees Ollie Chamberlain, Ross Staley, and Zac Smith. Head of Football Rob Dray remarked:” It’s certainly good to be back at home tomorrow after playing eight of our last ten league matches away. A big reset is needed tomorrow and a big reaction after the last two games. We must do the basics well which hasn’t happened consistently enough. The league is certainly still very tight but there are still over 80 points for us to play for and a long way to go.”

Grateful thanks to our Match Sponsors tomorrow Travis Perkins.