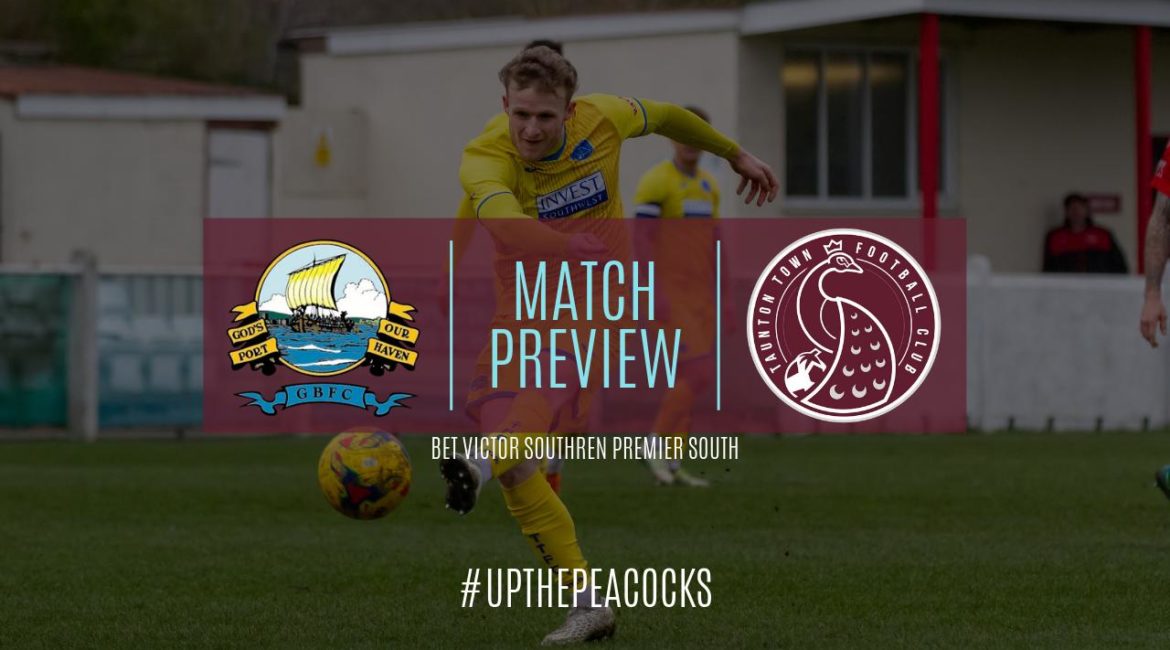 The wait is over for the Peacocks who begin their second season at Southern Premier level with a trip to Gosport Borough tomorrow (10th August), kick-off 3.00pm.

Hopes will be high for another successful campaign in the newly sponsored BetVictor Southern League after a fantastic first year in the Premier when Town finished as runners-up to Weymouth who only clinched the title in the final 45 minutes of the season. Pre-season has also gone well for the Peacocks in the main, with five wins from eight matches, and with the squad having been strengthened in the summer there will again be optimism at the Cygnet Health Care Stadium that last season’s achievements can be bettered.

Town could hardly have been given a more difficult opening day test than a visit to Gosport though who are among the favourites for promotion. Apart from a 2-1 defeat at Weymouth, their pre-season friendlies have all resulted in home wins at Privett Park against AFC Totton, an Oxford United XI and Fareham Town while their last warm-up match saw them record a 6-1 victory over Bognor Regis Town who had three players sent off. Borough have boosted their ranks since the end of last season under new manager Lee Molyneaux, recruiting among others three players from National League Havant and Waterlooville, so it is no surprise that they have been touted as one of the ones to watch in 2019-20. This is in contrast to last season when they finished in 19th spot and only escaped relegation with a 2-2 draw at Metropolitan Police on the last day.

The Peacocks are able to name a full squad tomorrow with the exception of the injured Ryan Brett and Jamie Price who carries over a one game suspension from last season. Luke Manley returns after being on holiday. Head of Football Rob Dray remains level-headed about the challenges ahead, commenting:” So here we go again, 40 weeks of mixed emotions. As a club we have had mainly positive emotions for the last three or four seasons and we count ourselves lucky for that as the majority of non-league clubs haven’t and won’t get anywhere near our achievements on the consistent levels that we have. That is down to a number of things but the two biggest for me are stability and consistency, both on and off the pitch, and creating an environment for people to work in that is competitive but relaxed and enjoyable at the same time.”

Although the schedule of friendlies went well, Dray is aware that will now count for nothing. “Pre-season has been good”, he continued,” but there is nothing won and now the reality hits. We are a target now, one of the clubs expected to do well as last season’s position gives us that BUT we have no right. There are some big clubs who have taken a long time to get out of this league and I believe this season will be harder again. I hope all our supporters will be with us, there will be downs as well as ups but it’s important we manage expectations. I expect and want to win every game with this fantastic group of players but in reality we will not. However, they will give everything every week for the supporters and the club, and nobody can ask more than that.”

On The Road – Gosport Borough 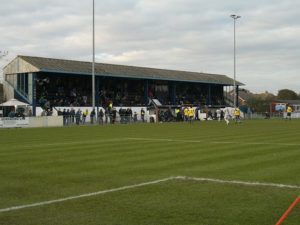 Directions: Leave the M27 at junction 11 (Fareham Central). Follow the “Gosport (A32)” signs through Fareham and onto the A32. After approximately four miles you will reach two roundabouts in quick succession. Go straight ahead at the first and take the third exit (signposted Alverstoke, Stokes Bay, Privett Park) at the second. Follow this road (Military Road) until reaching the roundabout at the Cocked Hat pub. Take the first exit into Privett Road. The ground is signposted on the left after 300 yards.

SatNav users should use PO12 3SY as the postcode for their destination.

Most recent meetings: Town did the double over Borough last season, winning 3-2 at home in January with goals from Lewis Hall, Ryan Brett and Ollie Chamberlain while another strike from Hall and a Dan Sullivan goal steered the Peacocks to a 2-1 success at Privett Park in November.