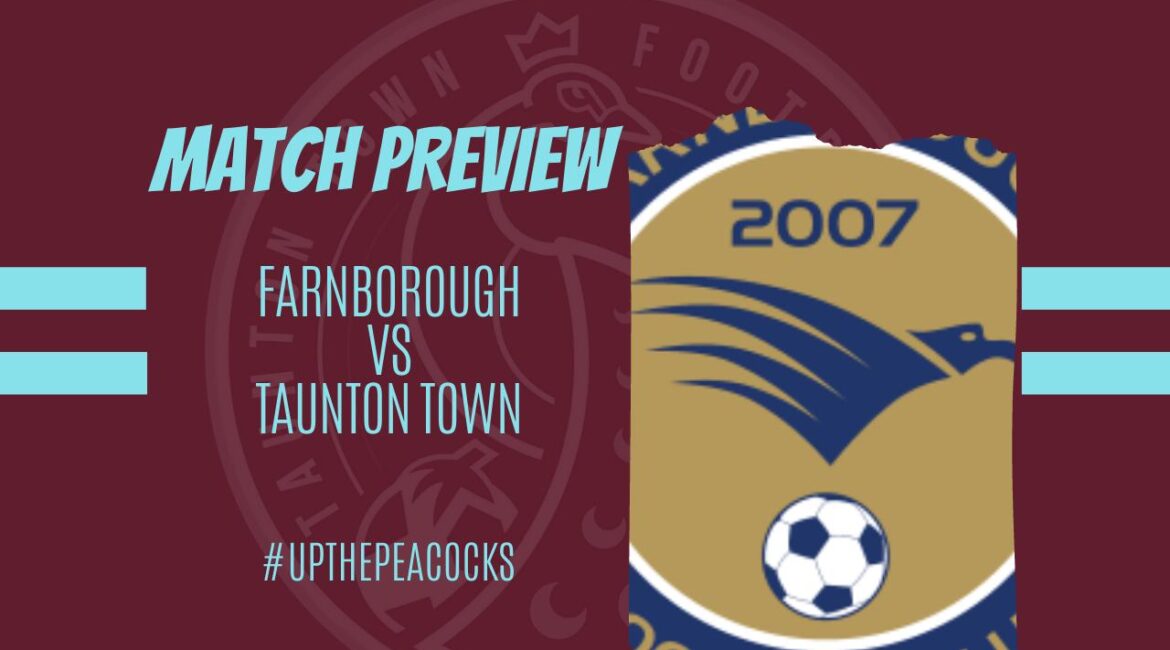 The Peacocks will look to maintain their promising start to the season when they travel to Farnborough in the Pitching In Southern League tomorrow afternoon (10th October), kick-off 3.00pm.

Two Emirates FA Cup victories in which they have netted 10 goals have also been complemented by an encouraging opening to the League campaign, a home win over Walton Casuals dividing two well-earned points at fancied Hayes & Yeading United and Truro City. Tomorrow Town visit Hampshire to take on a Borough side who have had a difficult start to the season, lying one place off the bottom with one point from their four games which came in a goalless draw at home to Yate Town last week. A home loss to Swindon Supermarine on the opening day has also been followed by defeats at Gosport Borough and Wimborne Town, giving the hosts every incentive to stop the rot and repeat the outcome of last season’s encounter which saw the Peacocks nosedive 4-0 in what turned out to be their final game of the aborted 2019-20 campaign.

Head of Football Rob Dray has been able to name a settled squad so far and tomorrow shows little change, with midfield man Lee Lucas included for the first time in the League after being injured during pre-season, and Jake Mawford playing for Western League Cheddar to gain game time. Dray remarked”: We’ve had an ok start and there are some good signs of understanding developing. Any away game is difficult, and I believe this league is more competitive than the last few years so tomorrow we have to be at our best mentally and physically to get a result.”

Tickets for the game can be bought online via Eventbrite HERE although spectators can also pay on the gate. They are priced at £12 Adults, £10 Concessions, £6 for ages 16-21 and Under 16’s Free, with online bookings also subject to a booking fee.