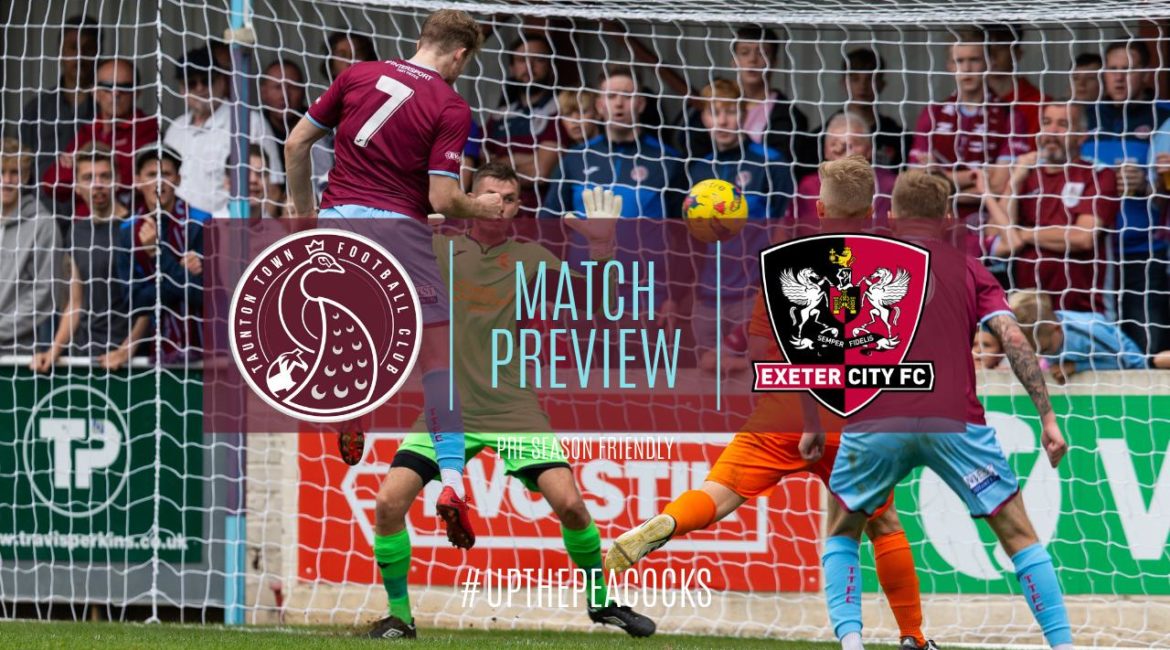 Tuesday’s defeat to the Glovers was Town’s first setback from four friendly games and the first goals they have conceded, and they will find things no easier against a City side which has lost just once in seven pre-season outings. Away wins over the Jersey FA, Tiverton, Bath City and Weston-super-Mare have been complemented by a behind-closed-doors win over Southend United and a goalless draw at Truro City, with their only loss being a 3-1 reverse to Swansea City in their most recent game last Saturday.

The Grecians finished 9th last season in League Two and will again be hoping to be challenging for at least a place in the play-offs this coming campaign which begins for them a week on Saturday with a home fixture against Macclesfield Town.

After missing the Yeovil match, Naby Diallo and Ben Adelsbury both return to the squad which is otherwise unchanged. Head of Football Rob Dray remarked:” Apart from natural stiffness after yesterday, all is good. We needed that game on Tuesday as it sharpened our minds as much as our lungs and upped our levels to where we need to be. We will have to maintain those levels tomorrow against a team from three levels higher, but these are the challenges we relish and we’re all looking forward to it.”