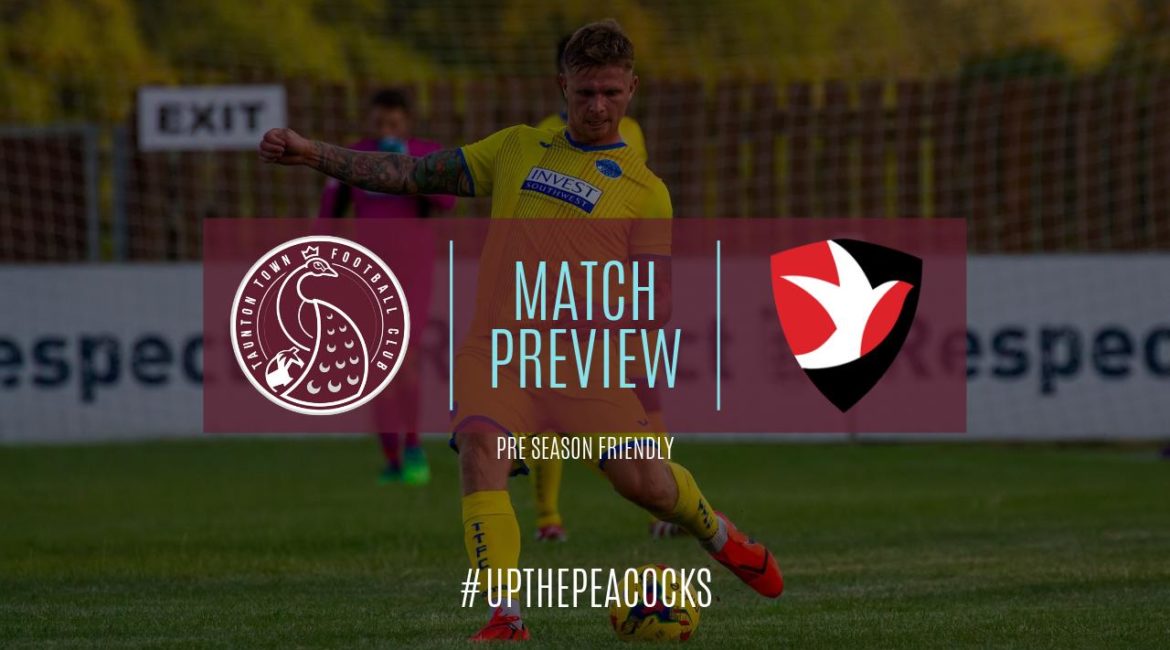 The Peacocks have enjoyed two wins out of two from their opening warm-up matches, with a 5-0 victory at Tavistock followed by a 2-0 success at Bridgwater last Friday. Tomorrow’s encounter will undoubtedly provide Town with a big step up in terms of opposition, with Cheltenham set to begin their 4th season in League Two since winning the National League title in 2016. The clubs have met on various occasions over the years, the last being in 1998 when the Peacocks lost 3-2 at Whaddon Road in the 4th Qualifying Round of the FA Cup.

Like Town, the Robins will be playing their third friendly, having lost 2-1 at Stratford Town in their opener before drawing 2-2 at Hereford yesterday evening so the game is sure to give a good indication of where the Peacocks are in their preparations for the new campaign.

The returning Jamie Price comes into the squad for the first time after being on holiday but Naby Diallo is away and Ryan Brett is still missing with a knee complaint, having had a scan yesterday. Head of Football Rob Dray commented;” It’s great to start our week of home games, and all against a very good standard of opposition. Although it’s still early in pre-season terms, we now up the ante in every way. The match will be sure to give us a strong test and hopefully we will see a big crowd for the first game at the Cygnet Health Care Stadium. The pitch looks perfect and we look forward to seeing our supporters again.”