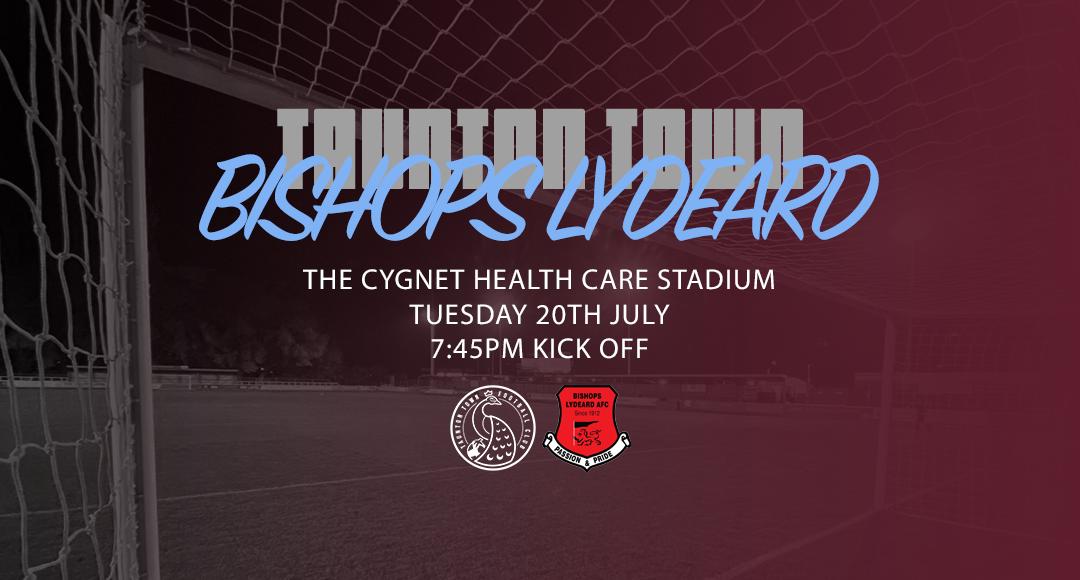 The Peacocks continue their build-up to the new season with a friendly at home to Bishops Lydeard tomorrow evening (20th July), ko 7.45pm.

The game against the local Western League Division One side will be another step towards improving match fitness and team cohesion ahead of the Southern League opener at Wimborne Town on 14th August. It is also relevant given the Bishops are our partners in the recently announced Player Pathway which provides the opportunity for local footballers from the age of 4 until adult to follow a route which may eventually lead to playing for the Peacocks.

Lydeard have won both their warm-up matches so far, a 6-1 victory over Ottery St Mary followed by a 1-0 win against Middlezoy Rovers. This will also be Town’s third pre-season outing, their last action being the 5-0 reverse to Exeter City last week which was preceded by a 4-2 success at Clevedon Town. Captain Nick Grimes and his defensive cohort Jake Wannell have missed both games after contracting Covid but are back in the squad tomorrow evening. Ben Adelsbury though is absent as he is isolating due to covid while Lloyd Irish will be on the bench ahead of his upcoming marriage. Head of Football Rob Dray said:” Tomorrow will be a good chance to have an extended look at the trialists and to get the two lads who have been out with covid back up to speed.”