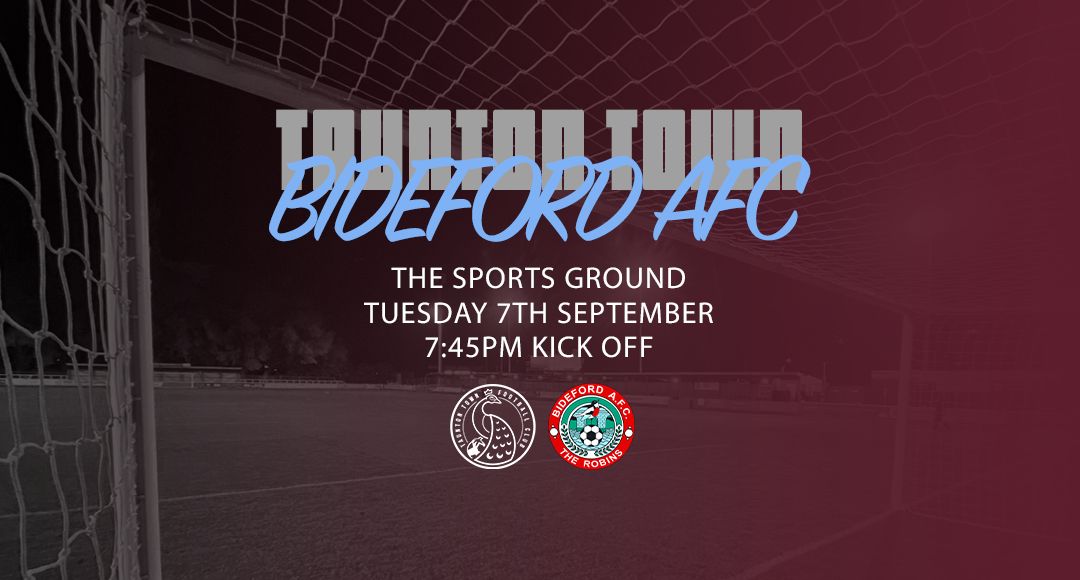 There’s more cup action for the Peacocks tomorrow evening (7th September) when they travel to Bideford in the Preliminary Round of the Southern League Challenge Cup, ko 7.45pm.

The game sees them renew rivalries with the Robins for the first time since October 2019 when a Rocky Neal hat trick helped Town to a 5-2 win in the same competition. In fact the sides have met three times in the League Cup during the last five years, all in North Devon, with a win apiece in 90 minutes and the Peacocks winning a penalty shoot-out in 2017.

The Robins have only played three league fixtures so far and got their first win of the season when a goal from former Peacock Craig Duff saw off Barnstaple on Bank Holiday Monday, their first two games having both ended in draws with Winchester and Cirencester. The win over Barum was some consolation after their local rivals had beaten them 3-1 at the Sports Ground in the FA Cup Preliminary Round just over a week earlier.

Town come into the game fresh from their 8-1 mauling of Shepton Mallet in the FA Cup at the weekend. However, with important Southern League fixtures coming up at Farnborough and Poole Town, the Peacocks will be making changes for tomorrow’s game. Jake Wannell has joined the club’s wounded list along with Jay Foulston and Lee Lucas while a number of players will be rested. It is hoped paperwork for a couple of loan signings will be processed ready for tomorrow’s tie and several Bridgwater and Taunton College players will also feature while Ben Adelsbury, Jared Lewington and Ioan Richards are all in line to get game time under their belt following spells out injured. 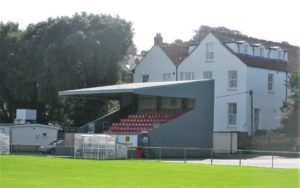 Directions: Travelling via A361, at Barnstaple turn left onto A39 to Bideford. After 9 miles and crossing bridge over river, turn left at roundabout into Bideford signposted A386. The Ground is on the right hand side as you enter the town centre.