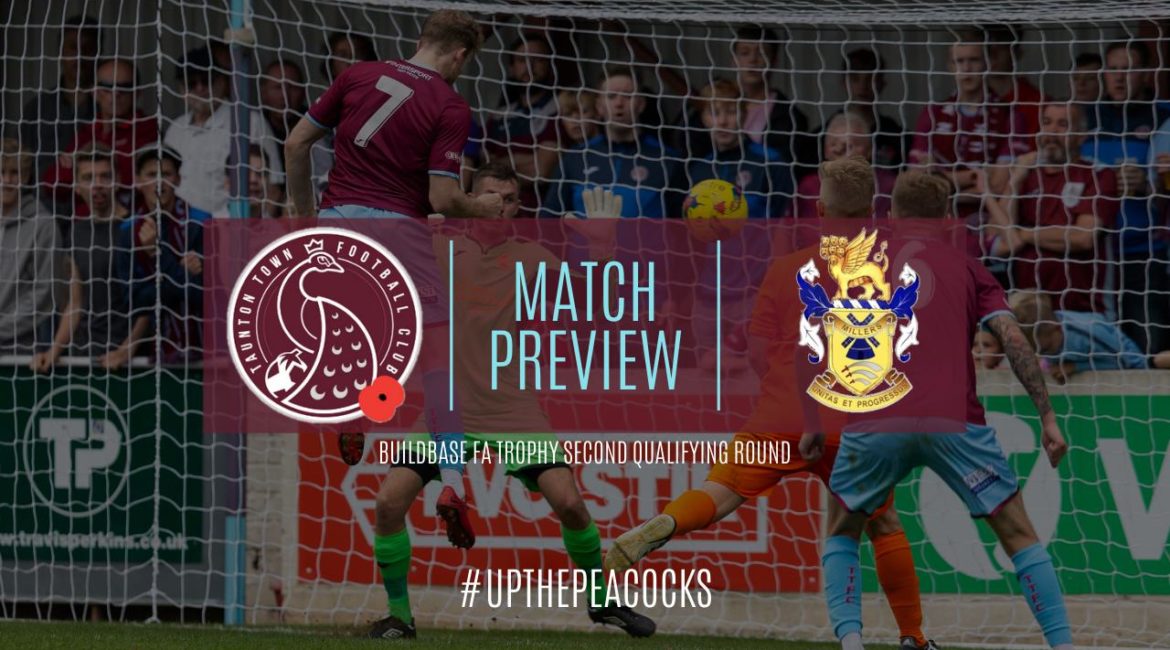 The Peacocks return to action when they welcome Aveley to the Cygnet Health Care Stadium in the 2nd Qualifying Round of the Buildbase FA Trophy tomorrow afternoon (9th November), kick-off 3.00pm.

The postponement of last Saturday’s BetVictor Southern League home game with Hendon means Town have had a ten day break since they last played which was coincidentally in the same competition, beating Wimborne Town 4-1 in an FA Trophy replay last Tuesday. That win handed the Peacocks a first ever meeting with tomorrow’s visitors from Essex who ply their trade in the Isthmian League North Division, one tier below the Southern Premier South. They were formed in 1927, joining the Isthmian League in 1973 where they have remained ever since apart from a two year spell in the Southern League from 2004 to 2006. The Millers, so called because of their former ground Mill Field, have enjoyed a healthy campaign so far, lying 5th in their division with 18 points from ten games. This will be their third game in the competition, having already dispatched East Grinstead Town 5-0 and Bowers and Pitsea 3-0 while they remain undefeated away from home in the league this season with three wins and two draws from their five trips. Their last league fixture resulted in a 5-0 home victory over Heybridge Swifts last weekend but in midweek they went down 2-1 at Basildon United in the Essex Senior Cup, so will certainly have more minutes under their belts than the Peacocks over the past week or so, as both teams compete for prize money of £3,000 with the losers receiving £1,000.

Head of Football Rob Dray has the luxury of being able to name a full squad apart from loanee Zak Smith who has returned to full training but is not quite ready to be involved. The Town boss remarked:” We’ve experienced beating National League teams in recent seasons, but it will be a different scenario tomorrow against a relatively unknown side. The Trophy is a great opportunity to further raise awareness of the club and although we will have to be at our best to win tomorrow, we will be at home with hopefully a big crowd behind us, so we go into the tie with confidence.”