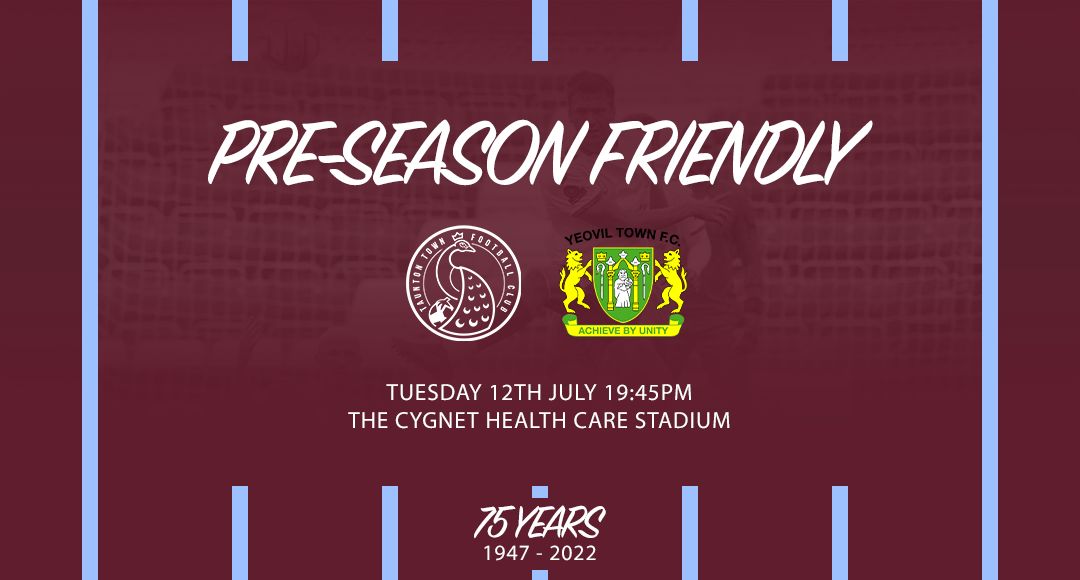 Another pre-season friendly has been added to the Peacocks’ schedule. National League neighbours Yeovil Town will come to the Cygnet Health Care Stadium on Tuesday 12th July, ko 7.45pm.

The game against the Glovers is the second home friendly arranged so far against higher league opposition, with Town meeting Exeter City on 8th July while away warm-ups are also scheduled at Bitton, Frome Town and Swindon Supermarine. A further two or three friendlies will be announced shortly.