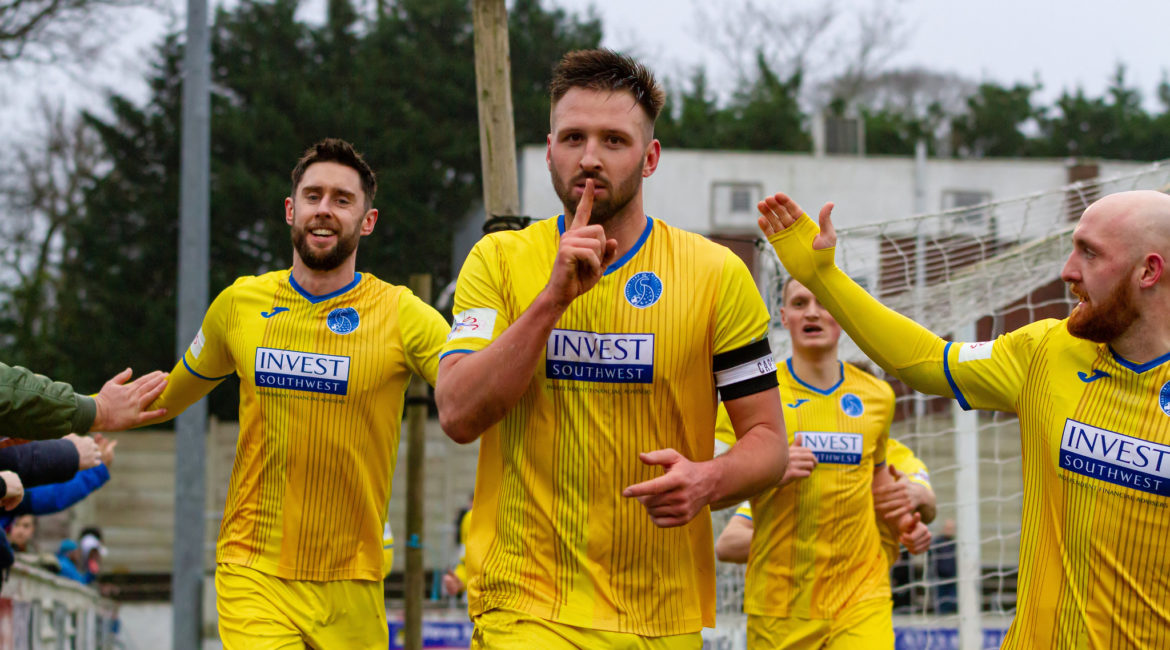 The Peacocks picked up a hard-earned BetVictor Southern League point after a 1-1 draw at leaders Chesham United this afternoon (25th January).

The hosts took the lead on 13 minutes after Mark Kirby had flicked on a long throw and Steve Brown got on the end of it to steer past Lloyd Irish before skipper Matt Wright brought Town level on 25 minutes when he rifled home from the right side of the box. Shane White was sent off after 68 minutes after a handball incident, leading to a penalty which Dave Pearce fired against the base of the post. The Peacocks were subjected to heavy Chesham pressure but dug in and defended well to share the spoils.