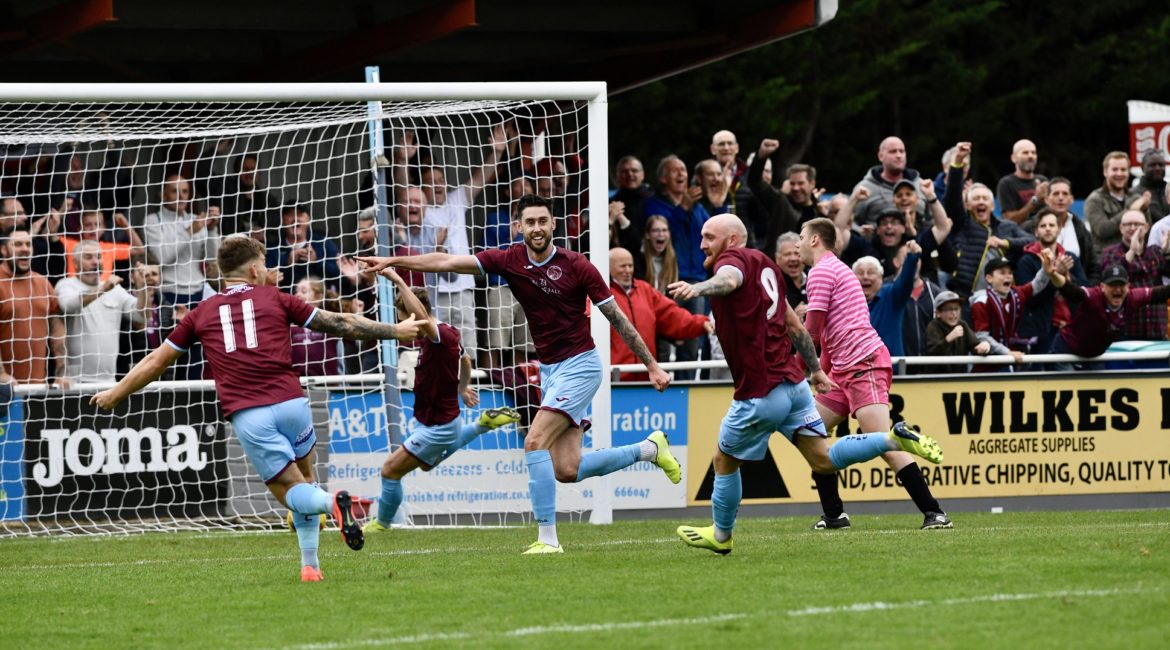 The Peacocks gained their first BetVictor Southern League victory in five games with a 3-1 win over Farnborough at the Cygnet Health Care Stadium this afternoon (5th October).

It was a welcome return to winning ways for Town although they were lucky not to be behind inside two minutes, but Andrew Sealy-Harris shot over when through. The visitors though did take the lead on the quarter hour despite hints of offside when a cross reached an unmarked Chris Flood on the back post who netted a rebound after his initial volley had struck the post.

After failing to convert several opportunities in the first half Town then turned the game on its head after the break. Good work by Andrew Neal saw him tee up Chamberlain for a fine side-footed finish off the post from the edge of the box to bring the sides level after 63 minutes and barely a minute later Dan Sullivan cut in from the right to drill a shot beyond Liam Beach to put the hosts ahead.

Town came close to adding to their tally before virtually assuring themselves of victory when Ben Adelsbury headed home from Ryan Brett’s corner with eight minutes remaining. Late Farnborough pressure could not produce a response as the Peacocks extended their unbeaten league run to eight matches and climbed to fifth in the table.

Reaction – Head of Football Rob Dray remarked:” The important thing for us today was to win after four draws in a row. I thought we upped our game well in the second half but credit to Farnborough who didn’t look like a side lower down the table and made it difficult for us to break them down. However we kept at it and eventually got our reward. It’s important we use this win to help us build momentum with some big games coming up during October.”