Unbeaten Run Is Over 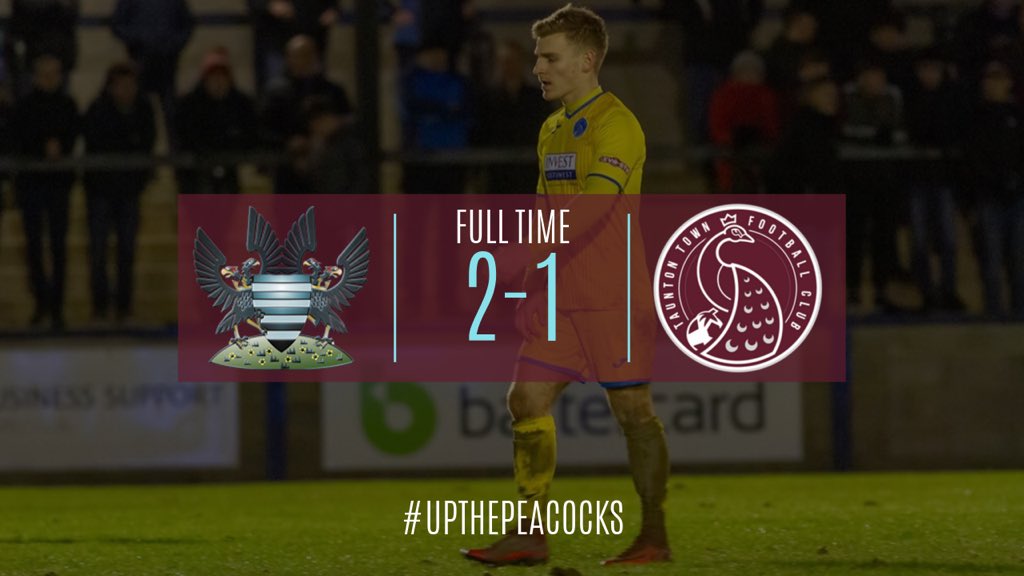 The Peacocks suffered their first defeat in ten BetVictor Southern League games when they went down 2-1 at Salisbury this evening (15th October). Town had the better of the first half, having a number of opportunities but failing to take them, and they found themselves behind on the stroke of half time when Lloyd Irish unfortunately diverted Lewis Benson’s cross into his own net. Despite plenty of possession Town struggled to make a breakthrough in the second half which saw Salisbury double their lead after 69 minutes when Nathaniel Oseni’s header from Benson’s corner was diverted in by Matt Wright for another own goal. Andrew Neal pulled a goal back with seven minutes remaining, netting from close range after profiting from Wright’s knockdown, but this merely proved a consolation as Irish made several late saves to maintain the scoreline.

Reaction – Head of Football Rob Dray said:” We’re disappointed with the result last night but you cannot legislate for the own goals. The lads were fantastic in the first half but when you’re away from home at Salisbury we have to take our chances when we are dominating possession and territory. However we move on to Saturday and prepare for another tough test at Walton Casuals.”