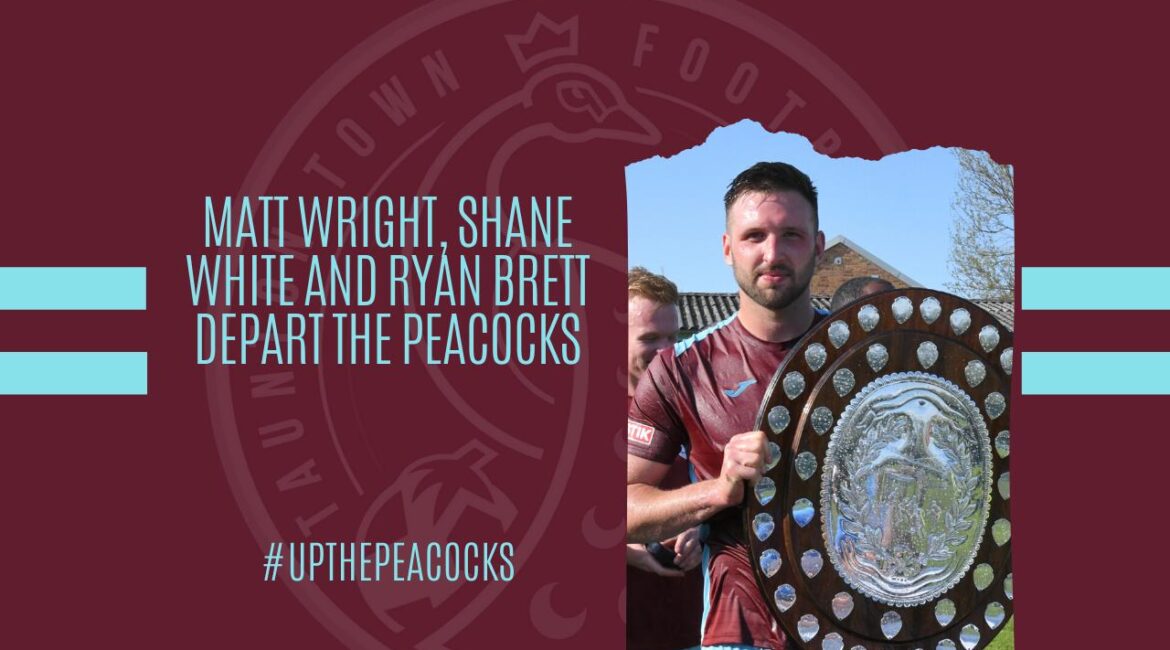 As announced today on our Social Media channels, we can confirm that club captain Matt Wright, vice-captain Shane White and midfield maestro Ryan Brett have all left the club.

Striker Wright joined Town ahead of the 2016-17 campaign, with White signing on two months into the season, and both helped steer the Peacocks to a place in the 1st Round Proper of the Emirates FA Cup. Brett joined for the following season and all three played integral roles as Town romped away with the Southern League Division One West title which was followed by a terrific first year at Southern Premier level. Matt, Shane, and Ryan have all made a great contribution to the club’s success over the past few years which we thank them for and wish them the best of luck in the future.

Head of Football Rob Dray commented;” Matt has been a superb player for the club during a very successful period. We all enjoyed some great moments together and I wish him all the best for the future. Shane and Ryan have been two of our most consistent performers over the last few seasons and wish good luck to both in their next venture. All three have helped us achieve the success we have in recent seasons and they have been great servants to the club. I personally thank them for showing the level of commitment it takes in this league, especially with them living in Plymouth. To our fantastic fans, in the next few weeks we will announce some new exciting signings and existing players who will be staying next season, hopefully sooner rather than later!!! Keep the faith and see you all at the Cygnet very soon.”

Chairman Kevin Sturmey added:” It is always sad to see any player leave especially as the last four seasons have been huge in the club’s history. I would like to thank Matt, Shane, and Ryan for their unstinting service, and they have all contributed hugely to our upward curve. But while sad, it was going to happen at some point as our players are now in the spotlight and naturally offers will be made to them.”

“Every year the squad has evolved before and during the season and while we would like to keep players forever it will never happen. Rob has been working so hard recently and there will be a number of exciting signings announced in the near future along with confirmation of all the players staying. The future is still very bright with lots to look forward to when non-league football is safe and sound to return in what will be a very different landscape for everyone.”