Town Wriggle Over The Line 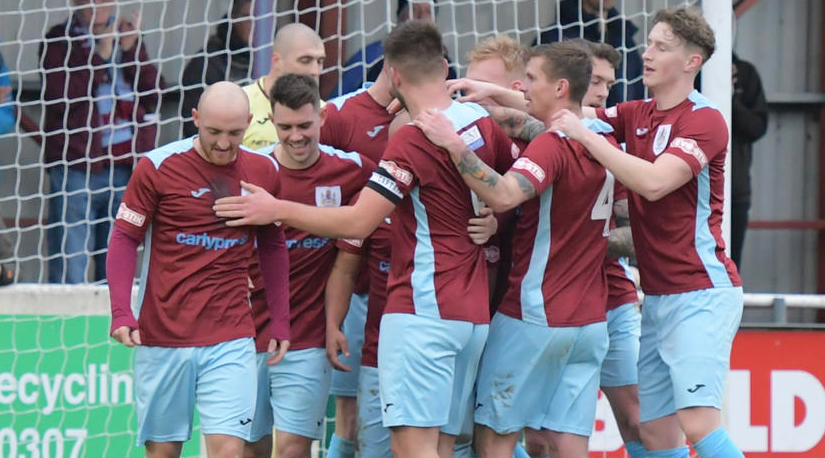 The Peacocks maintained their twelve point lead at the top of the Evo-Stik League table following a scrappy 2-1 win over Cirencester Town at the Viridor Stadium this afternoon (23rd December).

It was far from straightforward for Town who made a great start, building a two goal lead inside the opening quarter hour, but then seemed to lose their way and in the end had to dig in to see out victory after having two men sent off. Dan Sullivan collected Les Afful’s flick to drive into the far corner after six minutes to put Town ahead and then Sullivan repaid the compliment, setting up Afful to double the tally nine minutes later

Cirencester were soon back in it on 20 minutes after a defensive slip, Henry Spalding finding Ben Whitehead whose powerful drive could only be helped into the net by Lloyd Irish before Aidan Bennett came close to equalising before the break when he curled narrowly wide.

Chances were relatively few in the second half as Town were reduced to nine men in the final 16 minutes. Ben Adelsbury received a second yellow and was dismissed followed by a high challenge from Shane White which produced a straight red seven minutes from time. Whitehead then fired a presentable opportunity over in stoppage time as Town held on to claim victory.

Reaction | Manager Leigh Robinson said: “A crazy game of football. You could never have guessed after 20 minutes after looking so dominant that the game would pan out like that but we dug deep in the second half to secure the points. After 10 games we had 25 points which we thought was a really good start so the aim was to get to 50 points after 20 games. That at the time I thought was a tough ask but we’ve managed to get to 51 which is an amazing effort from the players. We can now draw a line under that and deal with the next 10 games to see if we can keep pushing ahead.”